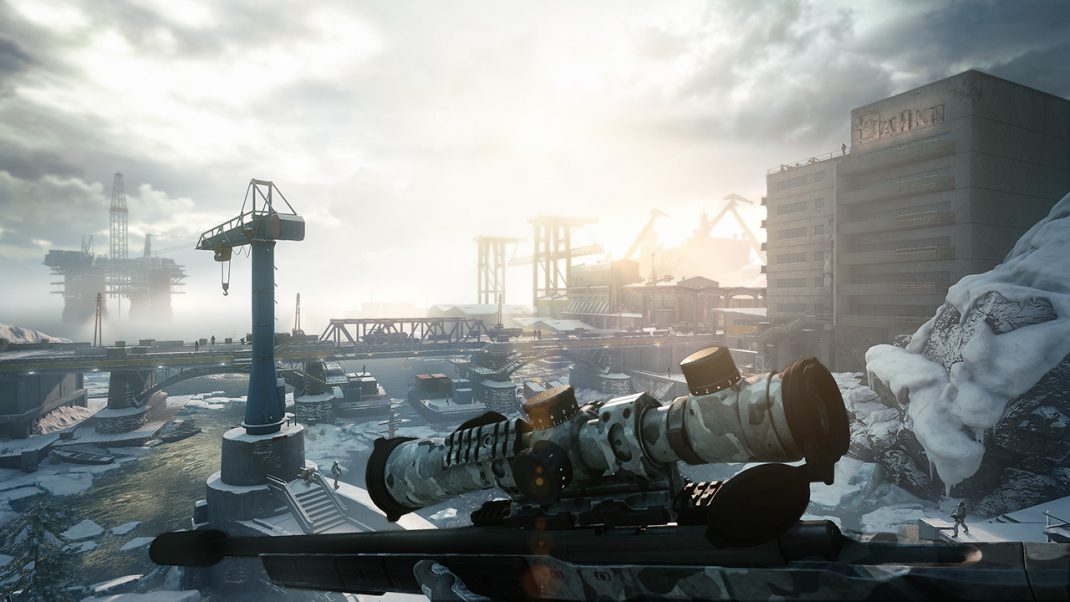 WARSAW, Poland (August 16, 2019) — Today, CI Games is excited to officially announce that Sniper Ghost Warrior Contracts will be available everywhere with a global release date of November 22, 2019. Launching on PC, PS4 and Xbox One, this represents a return to form for the Sniper Ghost Warrior series, offering up best-in-class sniping and empowering players with more ways to take down their targets than ever before. Get the inside scoop on a brand new region and a wealth of new tactical tools to up your game with in the latest trailer!

Get your first look at the latest area:

While the initial gameplay reveal introduced viewers to Siberia’s wilderness, the latest trailer takes place in a harbor that’s sure to be a sniper’s delight. Going by the name of Black Gold, this is the second of five unique regions present in the game, each based on actual locations deep in the heart of Siberia. Defined by its wide-open spaces, Black Gold is the perfect locale to test out Contracts’ brand new sniping mechanic, the Dynamic Reticle System, which enables players to better manage the ballistics and atmospheric conditions of their every shot.

Given Contracts’ more realistic approach to combat with its focus on sniping, stealth, and tactical thinking, the Dynamic Reticle System isn’t the only new tool available to players. From pilotable Scout Drones and integrated binoculars with a built-in recon system, to their Augmented Reality Mask and special bullet types, players have a whole arsenal of new gadgets to get familiar with. Whether at long range or in the heat of a firefight, these new tools serve to enhance the rich, tactical gameplay the Sniper Ghost Warrior series is known for.

At the core of all of this is the brand new contracts system. Scattered across each region are main contracts which task players with executing key targets in order to progress to new regions. While there are a total of 25 main contracts that comprise the core campaign narrative, each region acts as a sniping sandbox, densely-packed with side-objectives to complete and ambient tasks to uncover. With a focus on emergent combat encounters, no two deployments play out the same. This encourages players to tackle contracts multiple times as they earn funds to upgrade their gear in between contracts.

From an in-depth single-player campaign to a range of multiplayer options, Sniper Ghost Warrior Contracts features a wealth of different ways to play while keeping you on your toes with every single encounter. Wipe down your scope and throw on a jacket, because the harsh Siberian wilderness is set to challenge even the most seasoned on sniper.