Buena Park, Calif. – In 2020, Knott’s Berry Farm will present “A Knott’s Family Reunion,“ a summer-long event paying tribute to the Knott family’s transcendent history by celebrating the last 100 years of memories in the making.

The Knott family’s American dream began in the berry fields of Buena Park from a curbside berry stand in 1920 and grew into the world-renowned theme park it is today.  What started with a humble farm evolved into a premier destination that has come to witness 100 years of historical and timeless memories shared among friends, neighbors and families from around the world.

To commemorate Knott’s Berry Farm’s milestone anniversary, the park will present “A Knott’s Family Reunion,” a summer-long event paying tribute to Knott’s history and legacy of family fun.  Guests will be immersed in a once-in-a-lifetime celebration featuring festive park décor, themed food items, unique entertainment, exclusive merchandise and special surprises along the way, all paying homage to the nostalgia that surrounds the historic theme park. Details about the exciting 100th anniversary celebration festivities will be announced in the coming months. 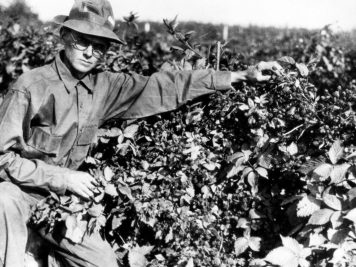 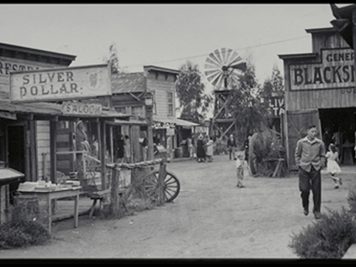 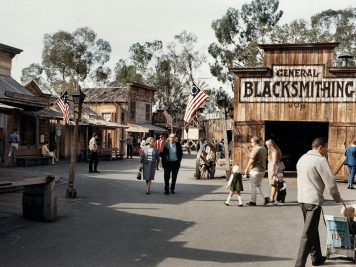 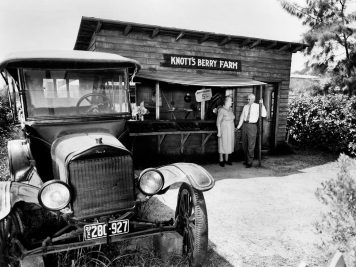 Nearly 100 years ago, the Knott family settled in the community of Buena Park and began farming 20 acres of land on Highway 39, now known as Beach Blvd.  Around 1930, Walter and Cordelia Knott came upon what eventually Walter named the boysenberry – a cross between a loganberry, red raspberry and blackberry – a new hybrid originally developed by Rudolph Boysen, for whom the berry got its name.  While Boysen had no luck bringing the berry to market, Walter did, acquired it from Boysen and today, the roots of the boysenberry can be traced back solely to Knott’s Berry Farm.

To make ends meet during the Great Depression, Cordelia Knott started selling jams and jellies made from Walter’s boysenberries and in 1934, served her first chicken dinner meals on her very own wedding china, charging just 65 cents.  Through word of mouth, locals and visitors from around the state began stopping by to enjoy the famous fried chicken dinner meals. To entertain the hundreds of customers lining up at the restaurant for a chicken dinner meal, and to pay homage to the pioneering spirit of his grandparents along with his love of the Old West, Walter built a working Ghost Town, eventually becoming the first of Knott’s Berry Farm’s four themed areas. Slowly Walter brought in relics from other deserted ghost towns and Knott’s Ghost Town as it exists today emerged, becoming the heart and soul of the park.  The Knott’s vision and imagination led to the creation of the themed areas that celebrate California’s vast history and landscape. Through hard work and dedication, Walter and Cordelia, along with their four children, created a special place for families to come together to build lasting memories. The “Knott’s Family Reunion” will be the biggest celebration the park has ever hosted to date.

“The Knott family vision and values led to the birth of Knott’s Berry Farm, and through this milestone celebration it is our opportunity to honor the last 100 years of remarkable memories that have shaped our history,” said Jon Storbeck, General Manager of Knott’s Berry Farm. “The 100th-anniversary celebration embraces the farm’s rich history and signifies the importance of the Knott family’s commitment to building a place for generations of guests to create lifelong memories.”

The best way to enjoy all of the fun offered during the 100th anniversary celebration at Knott’s along with all of the other exciting Seasons of Fun events is with a 2020 Season Pass. A Regular Season Pass includes unlimited admission in 2020 to Knott’s Berry Farm with no blackout dates, and a Gold Season Pass includes unlimited admission in 2020 to both Knott’s Berry Farm and Knott’s Soak City Waterpark with no blackout dates. Knott’s Season passes are now available at the best offer of the year. Regular Passes are $99 or eleven easy payments of $8.00 after an initial payment and Gold Passes are $120 or eleven easy payments of just $9.50 after an initial payment. These offers end on October 27, 2019. Applicable taxes and fees apply. Payment plans are only available at knotts.com.

For more information about next year’s milestone celebration and Knott’s Season Passes, please visit knotts.com. Join the conversation about the newly announced event at Knott’s this year by using #Knotts100 or #AKnottsFamilyReunion.