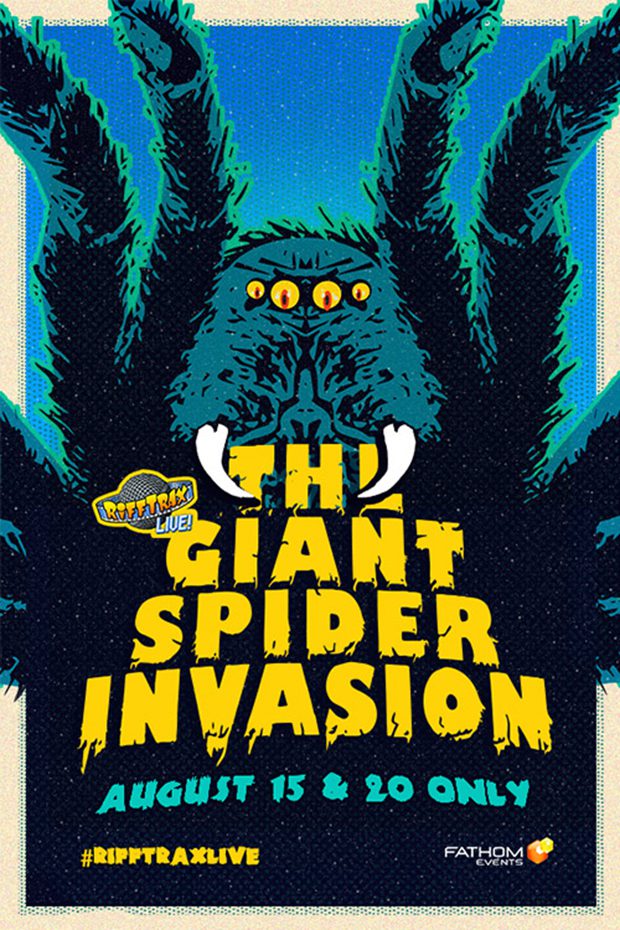 WHO: RiffTrax and Fathom Events.

WHERE: Tickets for “RiffTrax Live: 2019” titles can be purchased at www.fathomevents.com/series/rifftrax-live and participating theater box offices. For a complete list of theater locations, visit the Fathom Events website (theaters and participants are subject to change).

SYNOPSIS: There’s a monster in Wisconsin, and it’s going to slowly, VERY slowly, strike TERROR INTO YOUR HEART! Sure your grandma could outrun it, but TERROR is more fun! When a fiery meteor lands in the woods, strange things begin to happen in this small Wisconsin town — even weirder than usual, and that’s a pretty high bar!

While the townspeople are picked off by spiders of varying sizes, two esteemed scientists ramble around the countryside in a late model sedan, where they find friendship, romance and a big mechanical spider built on a Volkswagen Beetle chassis!

Starring Alan Hale Jr, the (Skipper from “Gilligan’s Island”), Barbara Hale (“Perry Mason,” and no relation to the Skipper) and Robert Easton, who’s been in more movies than a No Smoking disclaimer, The Giant Spider Invasion” explodes across the screen in a pristine new digital transfer