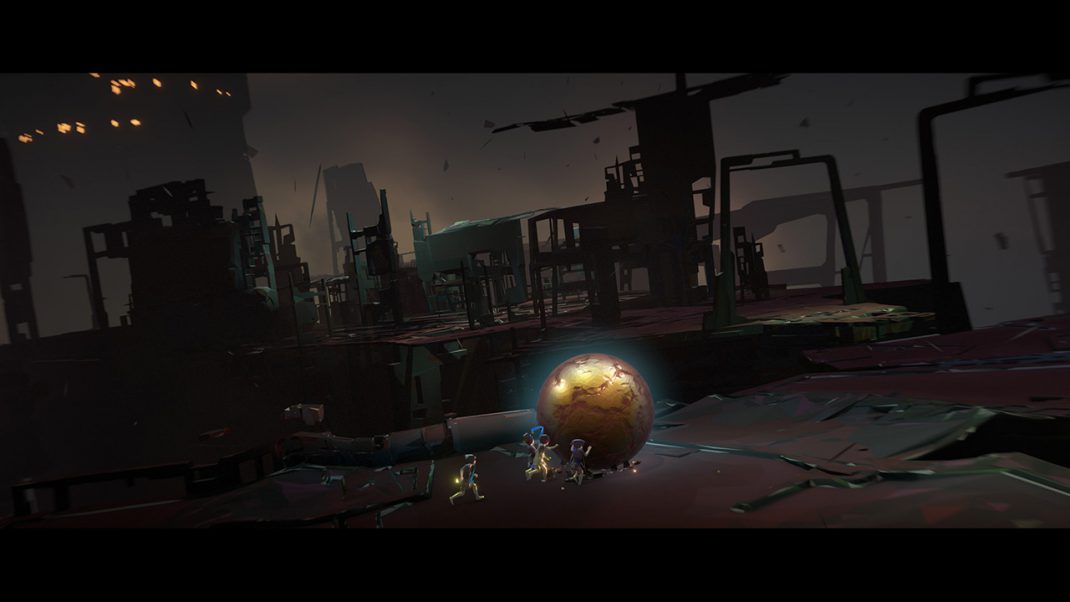 Tokyo, Japan – July 9th, 2018 – Tokyo-based independent studio Friend & Foe is proud to announce that after more than four years in development it will finally be releasing its hallucinatory adventure Vane on July 23rd, 2019 on Steam for $19.99. Additionally, the soundtrack will be on sale on Steam and Bandcamp for $6.99.

Vane initially launched on PlayStation 4 this past January, where it was praised by outlets such as Eurogamer, Frieze, VG247 and The Verge for its awe-inspiring art direction, themes of human evolution, and evocative synthy soundtrack.

Set in a ruined desert, Vane is an exploratory journey, where players will transform between bird and child form to unravel the land’s mysteries and create a path forward through this expansive landscape filled with ominous caves, mysterious machinery and harrowing storms. As they roam this mythical wasteland, the world reacts to their passage, evolving and building into something altogether different.

Vane is the culmination of more than four years of development by the Tokyo-based expat studio Friend & Foe Games, a team with AAA experience spanning titles like The Last Guardian, Killzone, Battlefield 3, and Bionic Commando. Developed with the conviction that players should find their own path through the world, Vane is an enigmatic and unnerving game that aims to leave an impact. The result is a minimalistic, stark environment that encourages exploration just to the edge of getting lost, all set to an all-original brooding synth soundtrack.

This PC release of Vane includes all the updates added to the PS4 version, including more forgiving checkpointing, better performances, and numerous bug fixes.

“We’ve always known Vane was going to be something of a marmite game, as it emphasizes mood and atmosphere over more conventional gameplay mechanics,” said art director Rasmus Deguchi. “We know it’s not a game for everyone, and that’s okay. Those looking for something a little more experimental, a little more arthouse, will find that Vane is unlike anything they’ve played before. We think a good number of PC players seek something a little more ‘out there’, and we believe Vane will satisfy that curiosity.”