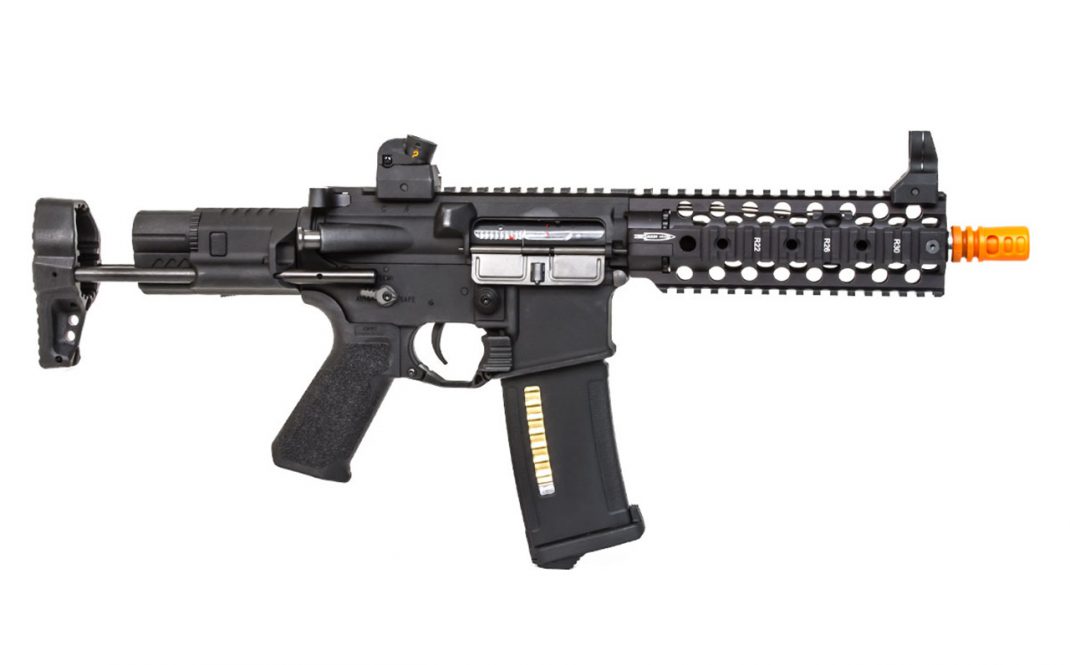 The annual Operation Lionclaws airsoft game in Victorville, CA has become a must-play event on my yearly calendar. Operation Lionclaws games are nice because they have just enough rules and objectives for seasoned players while being accessible for new players looking to get into more “MilSim” events. In the weeks leading up to the game, I go through all my gear, airsoft guns, etc and figure out if there is anything I need to change. Being in a traditionally warm environment, keeping my loadouts light is paramount – and this extends to my choice of airsoft gun. On one hand, I want an airsoft rifle powerful enough to be allowed for the “rifleman” player class but not so big that it weighs me down unnecessarily.

When I saw the new PTS VPSC Virgo Mk-1, I knew I had to get my hands on it. What I found is my new favorite airsoft gun. When PTS teamed up with VFC to create the rifle, they looked to a more compact or PDW style design. Something that would not sacrifice player mobility for the sake of airsoft firepower. Of course, with PTS as the primary brand on the rifle, you can expect PTS furniture. The PTS VPSC Virgo Mk-1 features a 7 inch Centurion Arms picatinny rail system, tanker style stock, and QRS pistol grip. The overall looks is beautiful and very aggressive, especially when paired with the PTS EPM magazine that comes in the box. I never had the chance to use the EPM magazines before now, but liked them enough to pick up a bunch of them on sale for the game weekend. Also, with its compact design, the PTS VPSC Virgo Mk-1 is also fairly lightweight for a metal rifle, weighing in at 5.2 lbs! 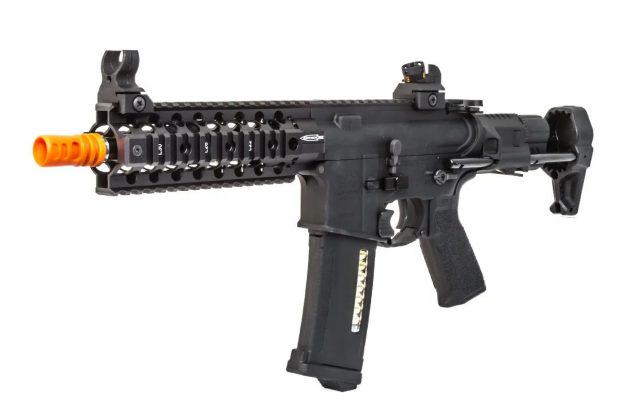 Inside the rifle, you’ll find a VFC Avalon Version 2 gearbox complete with a programmable, inline MOSFET unit. By attaching a battery and holding down the trigger in one semi-automatic mode, you can toggle the fire modes between Semi & Full Auto / Semi & Burst / Burst & Full Auto. This was extremely useful for me as, with most MilSim style games, you cannot use high capacity magazines in your airsoft rifles. Using midcaps is allowed, but you’ll burn through your ammo quickly in fully automatic mode (and some games have further restrictions on that). I set my new PTS VPSC Virgo Mk-1 to the semi-automatic and burst fire combination. The response rate on the rifle is outstanding and the hop up unit allowed for very accurate fire. As with most hop up units and buckings on new rifles, be sure to break it in before getting into a game – for example, I ran about ten magazines through the rifle the day before driving to the AO. This gives the bucking time to set and wear off any coatings or rigidity that might be inherent to the rubber from the factory. In terms of velocity, my PTS VPSC Virgo Mk-1 clocked in at 394 FPS with .20 gram BB’s – which was perfect for my needs on Southern California airsoft fields (where the limit is often 400FPS with .20 gram BB’s). With all these factors, I was not surprised when, while my team and I were sighting in our optics, I was accurately hitting a tree two hundred feet away without issue or deviation. The rifle is a real out of-the-box performer!=

There were some drawbacks to the rifle which are of important note before you actually get it on the field. First and foremost, the small stock was very wobbly on the unit I purchased. This is not a huge issue should you notice early, but make sure you double-check that it’s tightened down prior to play. Also speaking of the stock, it is way too small to fit a decent 11.1v LiPo battery inside. A 7.4v will fit, but I wanted to take full use of its quick rate of fire. I ended up bringing along some camo wrap and wrapping the battery up next to the stock for my play. It’s a practical and effective solution that you should make note of. Finally, there are no QD sling mounts on the stock of the rifle – only loop mount points. Make sure your sling is compatible with loop mounts before deploying to the field. 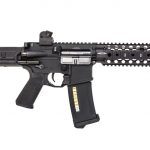