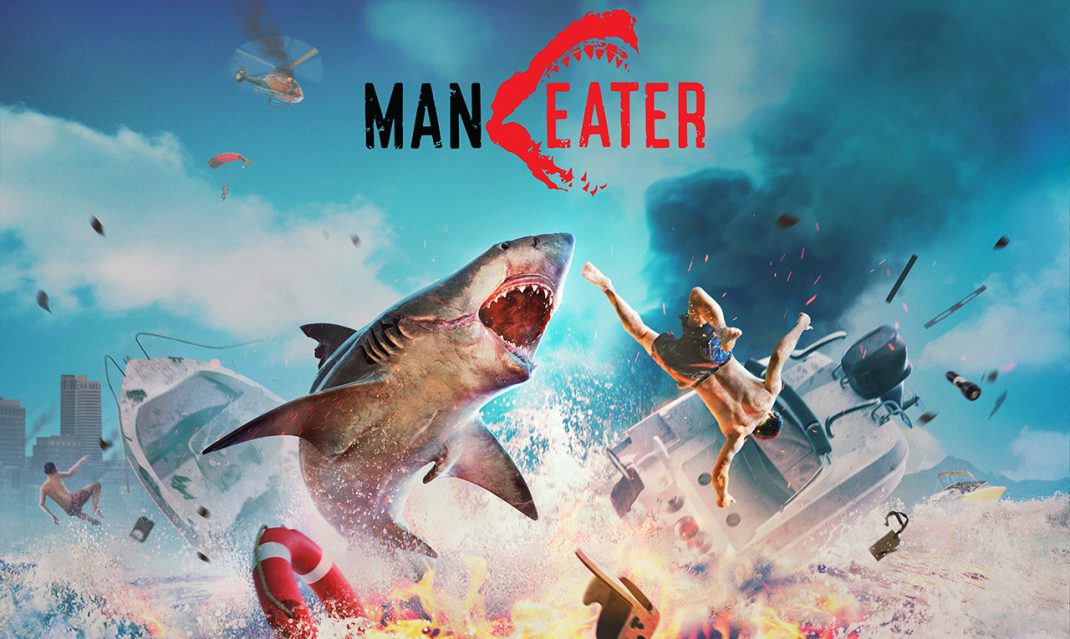 Los Angeles – June 10, 2019 – Independent developer and publisher Tripwire Interactive is excited to unveil the first new trailer for Maneater since the studio first announced the title last year at E3 2018. Following an exclusive reveal at the PC Gaming Show E3 2019 press conference, the latest Maneater trailer takes players on a deep dive through the unforgiving waters of the Gulf Coast, where players will experience the ultimate power fantasy as they progress from a baby bull shark to a legendary beast.. You’ll also meet Scaly Pete, the game’s lead antagonist and star of the in-game wildlife reality television show, Shark Hunters vs Maneaters. The show pits Scaly Pete, a fisherman hell bent on revenge for his father’s death by a monstrous shark, against a baby Bull Shark that was torn from his mother’s belly. These dueling tales of revenge between man and man eater play out in-game as players lead the young baby shark on its journey to become the ultimate apex predator.

Tripwire is also excited to announce that the role of the Shark Hunters vs Maneaters host will be voiced by actor Chris Parnell (Saturday Night Live, Rick and Morty, Archer, 30 Rock).

With this unique approach to the action RPG genre, Tripwire Interactive looks forward to taking players to uncharted waters, where they will fight to survive in open ocean, swamps, and rivers with danger lurking at every depth, using their wits, jaws, and the uncanny ability to evolve as they feed.

Today’s trailer also marks the first time Tripwire Interactive plans to show live Maneater gameplay behind-closed-doors to attending press at E3 2019. For the latest impressions on the state of Maneater, be sure to check your favorite gaming sites and channels for previews coming out of E3 2019.

Maneater will debut on the Epic Games Store and release on other PC platforms 12 months later. Expect official news regarding a launch date for Maneater as development continues. In the meantime, Tripwire Interactive encourages fans to follow the developers on social media for the latest news and updates. Be sure to visit the official website and follow the Maneater team on Twitter and Facebook.