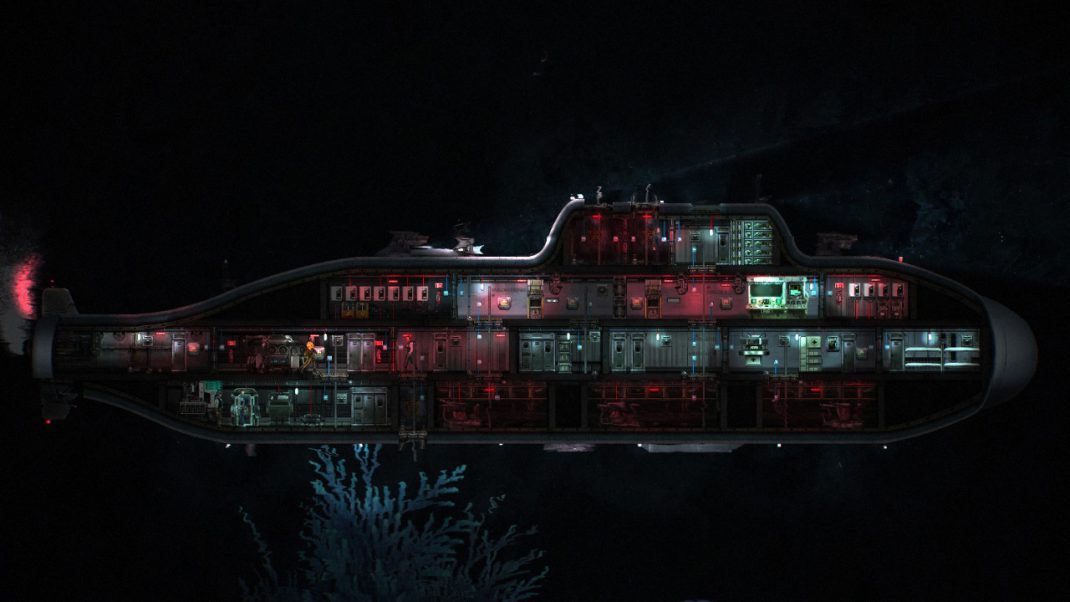 HAMBURG, Germany – June 5, 2019 – Publisher Daedalic Entertainment and independent developers FakeFish and Undertow Games have released the hilarious multiplayer sci-fi submarine simulator Barotrauma for Windows PC, Mac and Linux via Steam Early Access for $29.99/£21.49 GBP/€24.99 Euro. Barotrauma sends up to 16 players on an underwater journey beneath the surface of Jupiter’s moon Europa, where you’ll discover alien wonders and/or horrors, command various submarine systems, and fight to survive dangers from both outside and within.

Navigate a chilling ocean filled with strange creatures, explore alien ruins, and cooperate with your crewmates to complete missions on your voyage. Choose from several classes and work together managing complex systems, including the nuclear reactor, guns, engines and sonar. Fend off hostile monsters, seal deadly radioactive leaks, and survive crewmates infected with extraterrestrial viruses.

Barotrauma’s thrilling and often hilarious chaos is both fun to play and watch thanks to procedurally generated levels, ridiculous ragdoll physics and full mod support. But beware: some threats are closer than you think. Multiplayer’s traitor mode option may randomly assign players as secret conspirators, complete with their own individual missions like assassination and sabotage.

Early access is just the beginning for Barotrauma! The game will continuously be updated and expanded with new content, features and improvements in partnership with the game’s community.

For further information, visit the game on Steam and its official website, barotraumagame.com.