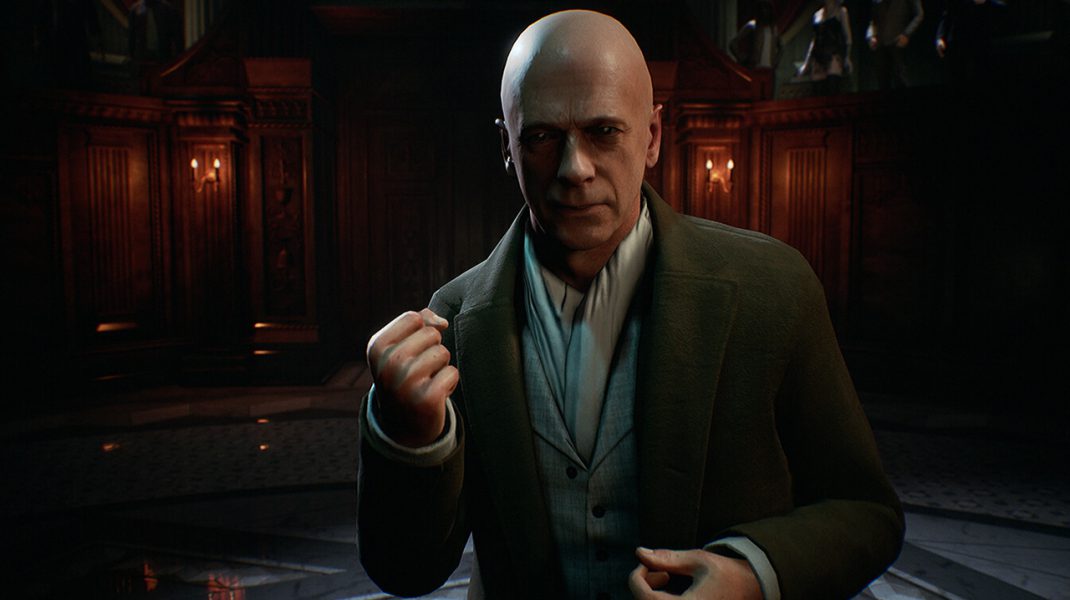 May 21, 2019 – Paradox Interactive has today revealed the fourth full-blood Vampire clan in Vampire: The Masquerade – Bloodlines 2: Ventrue! Known throughout history as kings and kingmakers, the Ventrue are Machiavellian vampires who utilize their cunning, patience and iron will to rule.

Check out this video to learn more about the Ventrue, their motives, and see one of their abilities in action:

The blood of rulers flows through the Ventrue’s veins. While that once meant embracing high-priests and aristocrats, they now recruit from investment bankers and corporate executives. The “Clan of Kings” see themselves as the architects of vampire society who hold lineage and loyalty above all. Unusually for the clan, the Ventrue of Seattle were drawn to the dream of building their own power structure without oversight from elder generations. Now that the Camarilla has gained control, many Ventrue have realigned to join these new rulers, or have doubled down on their autonomy. Enterprising Ventrue have entrenched themselves in the business of the 21st century, paving the way for a prosperous future and making enemies of anyone who prefers the old ways.

Head over to the Paradox Interactive Twitch channel now (9 a.m. Pacific / 12 p.m. Eastern) where the Bloodlines 2 team has just gone live with more details and a Q&A on the Ventrue clan: https://www.twitch.tv/paradoxinteractive.

The Ventrue are the guardians of the Masquerade and Princes of uncounted cities. It runs in their blood to be obeyed. Using their signature Discipline, Dominate, a Ventrue gains the power to control the actions and manipulate the memories of others. Fortitude is the Ventrue’s Discipline of physical resilience and allows them to outlast their foes.

Using Dominate powers is not a Masquerade violation.

Allowing a mortal to witness your Fortitude under attack is a Masquerade Violation.