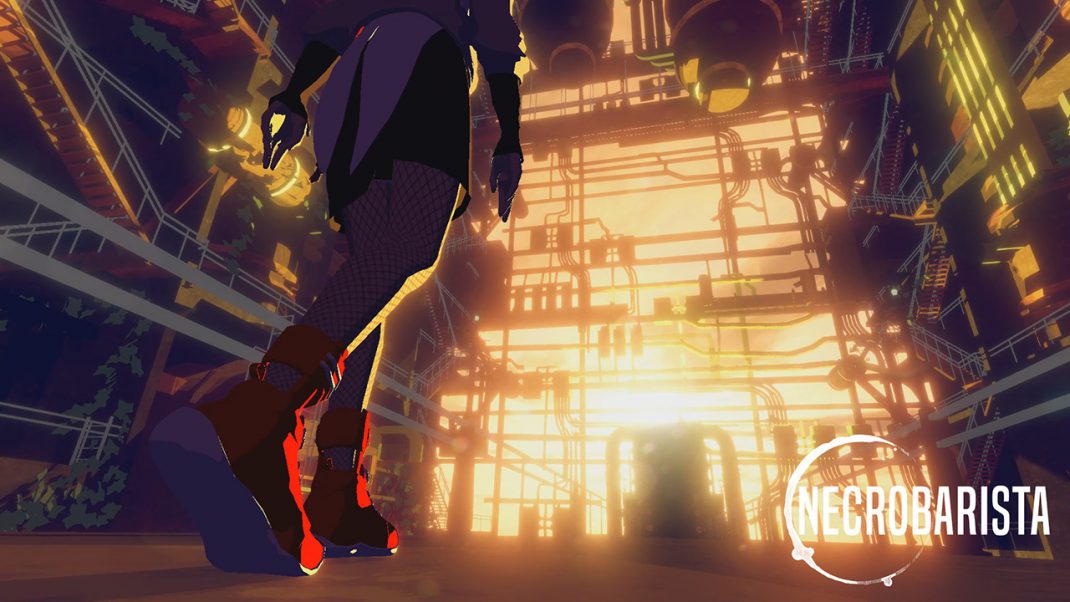 MELBOURNE, VIC – May 16, 2018 – Necrobarista, the gorgeous cinematic cel-shaded visual novel from Route 59 Games, brews a Windows PC release on Aug. 8, 2019. Console players can stop in for a mug when it pours onto Nintendo Switch and PlayStation 4 next year.

Stop in for a cup of coffee at The Terminal, a magical café in Melbourne, Australia frequented by living and dead customers. Staffed by a necromancer, this back-alley java house allows the deceased to return to the world of the living for one final day before shuffling off this mortal coil.

Necrobarista takes visual novels in a bold new direction with 3D visuals that provide a distinct cinematic aesthetic and supply the narrative’s branching scenarios with depth and nuance. This also gives players the opportunity to explore the coffee shop and investigate its environments as they mingle with patrons and help them resolve unfinished business.

As supernatural story sequences unfold from several characters’ perspectives, the dynamic camera moves and pans between a variety of angles and vantage points, creating a cinematic presentation previously unseen in the genre. Inspired by the arts of film and anime, Route 59 Games brings the world to life by empowering players to move and interact in free-roaming first-person scenes akin to point-and-click adventure titles.

“Necrobarista is the distillation of our deep passion for anime, video games, and storytelling,” said Kevin Chen, lead designer, Route 59 Games. “We set out to pay homage to our influences while also creating something completely new and inventive. While it’s taken a while to perfect the recipe, we look forward to sharing it when Necrobarista launches on PC this August.”

Necrobarista will release via Steam for $14.99 and supports English, Simplified Chinese, and Japanese language options. The game also features an original soundtrack from Kevin Penkin, the award-winning composer responsible for the memorable scores found in Made in Abyss, Florence, Under the Dog, Norn9, and more.