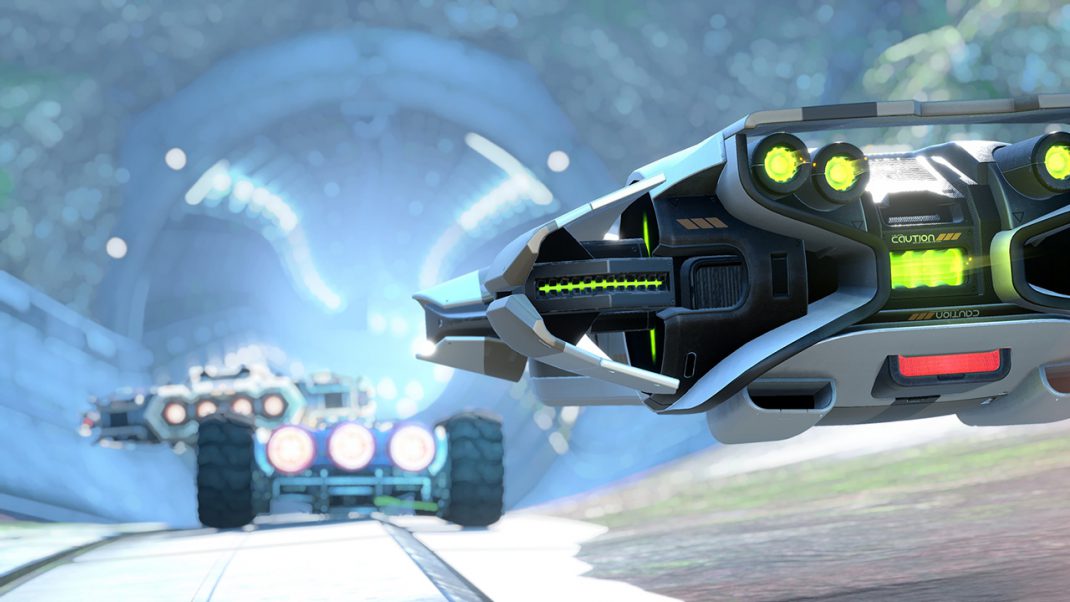 Inspired by Rollcage, and in partnership with key development team members from the original Rollcage, GRIP: Combat Racing launched in late 2018 to fuel the racing appetite of arcade gamers. A return to the hardcore combat scene of the 90’s, bristling with heavy weapons and packing ferocious speed, the game is an intense, sensory feast. With a dedicated community and player numbers continually growing, GRIP: Combat Racing has seen a huge amount of content and updates since launch, with constant optimization, new tracks and new playing modes having already been introduced, GRIP: Combat Racing now receives the game changing feature, flipping the fundamental elements of gameplay, mechanics and physics, all in one surprise free update.

Bringing a whole new vehicle class, and uniting two genres from the 90’s together for the first time, anti-grav racers called ‘AirBlades’, powered by an Element 115 anti-grav engine, fight against the aggressive wheel based mechanical monsters called Rollers, that launched with GRIP: Combat Racing, with both classes able to flip on any side, and choose their own path, not defined by the laws of gravity.

AirBlades is available on all the original race tracks that launched with GRIP: Combat Racing, plus all new levels set in out of space and is a completely free update for players. The inclusion of this latest update adds a robust new set of features sure to thrill fans and adrenaline junkies. GRIP: Combat Racing is now two games in one, giving racers the choice of how and where they drive!

“I’m pretty sure if WipeOut and Rollcage hooked up, this is the baby they’d pop out.’ said Leo Zullo, Managing Director of Wired Productions. “It’s beyond exciting to finally be able to reveal AirBlades, as we see it as a true game-changer and industry first. GRIP: Combat Racing is a fantastic game and, thanks to the mighty talented team at Caged Element with their visionary idea and commitment, gamers are now able to experience an even more truly amazing and unique experience that helps to redefine the racing genre.”

The AirBlades free update is live right now on Steam, Xbox One and PlayStation 4, with Nintendo Switch to follow later in May.

GRIP: Combat Racing can be purchased now for console platforms (MSRP $39.99) and PC (MSRP $29.99) – digitally on Steam, the PlayStation™ Store, Xbox Games Store, Nintendo Switch or physically, upright and upside-down at global retail. All players who already own GRIP: Combat Racing will receive Airblades as a free update.