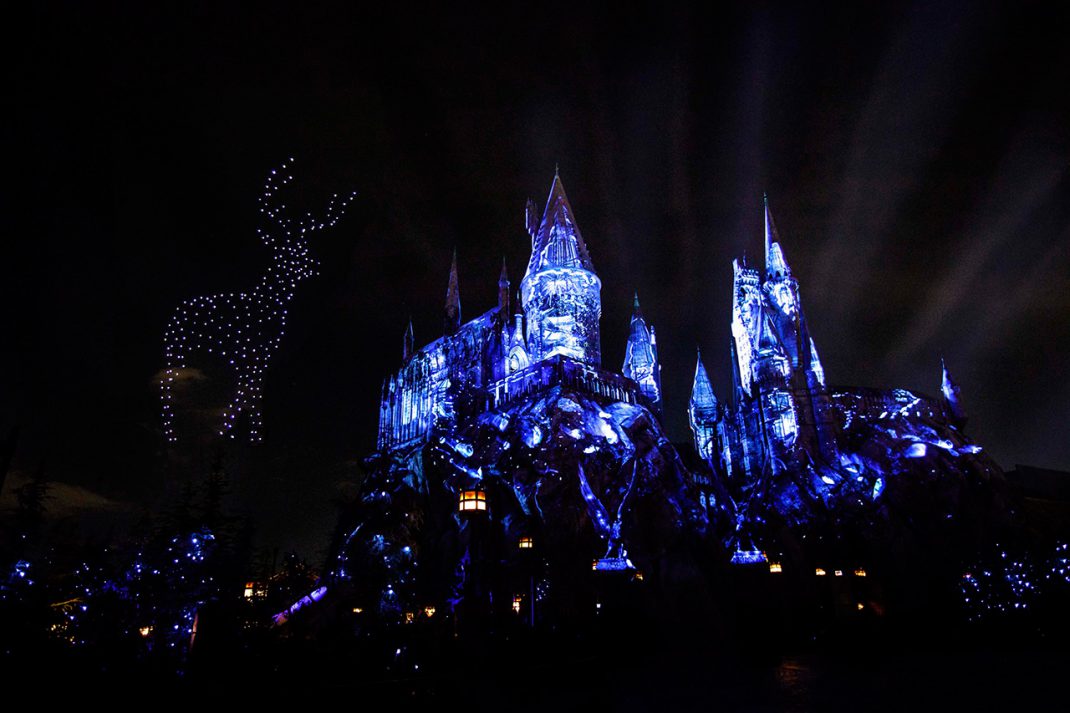 We were recently treated to an viewing of the new “Dark Arts at Hogwarts Castle” light show at Universal Studios Hollywood. Universal has previously had various light shows at Hogwarts Castle, but this was a first dedicated to the darker side of the Harry Potter mythos. The mix of pinpoint-accurate projection mapping, incredible score, and even the use of high tech drones graces this show, making it one of the most jaw-dropping shows at Universal Studios. And, that’s saying a lot, as Universal has some pretty great shows.

The projection mapping and inclusion of fog effects and more really helped the light show come to life. I am consistently impressed by what Universal Studios has done with regards to this kind of show. We have seen some good projection mapping before, but nothing like this. The score of the Dark Arts at Hogwarts Castle Show was arranged by William Ross and recorded by the London Symphony Orchestra in London. Of course, the score was initially composed by the irreplaceable John Williams, but Ross does an outstanding job of arranging the music in creative and new ways that would make Williams proud. 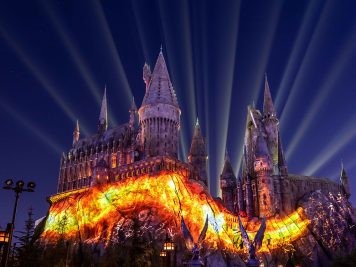 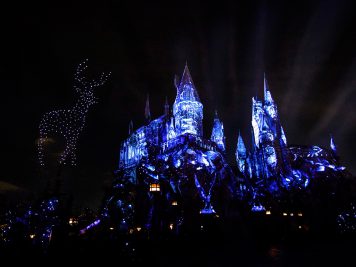 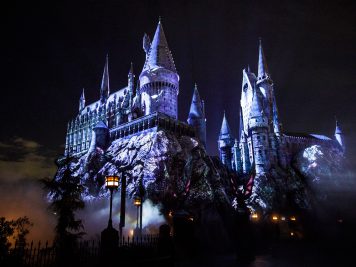 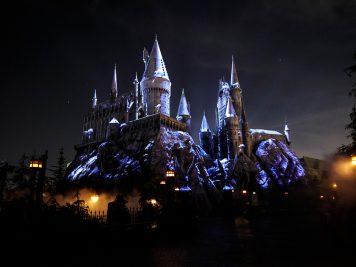 One of the coolest things about the Dark Arts at Hogwarts Castle show is the use of light-emitting drones. Similar to what we’ve seen at the Olympics and the Super Bowl, these drones play an integral part of the show and create yet another layer to its complex canvas. If you are able to catch a showing of the Dark Arts at Hogwarts Castle, I highly recommend doing so before it’s gone for good!

It is my utmost hope that this signals a willingness of the Wizarding World of Harry Potter to go a little darker and maybe stay open for Halloween Horror Nights – perhaps with some Death Eater and Lord Voldemort based entertainment! Time will tell on this point, but a guy can dream…

Preview the Dark Arts at Hogwarts Castle now during the select nights:

You can find out more about the show, as well as Universal Studios Hollywood, at the following link: