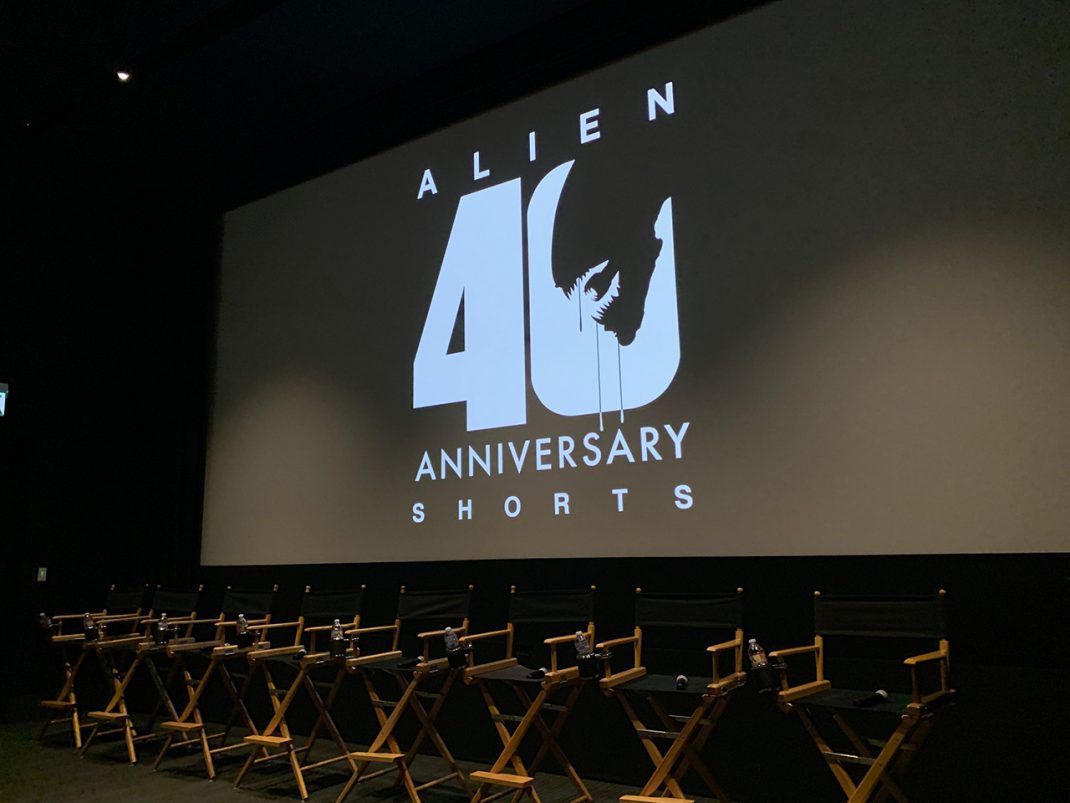 April 15, 2019 – The North Bergen High School students who spawned a media frenzy when they presented a stage adaptation of ALIEN several weeks ago, will be performing an encore presentation in honor of the fourth annual ALIEN DAY on Friday, April 26th. The performance caught the attention of the star and the director of the original 20th Century Fox film, Sigourney Weaver (“Ellen Ripley”) and Ridley Scott. Scott was so impressed that he pledged funding for a special encore presentation of the student play. 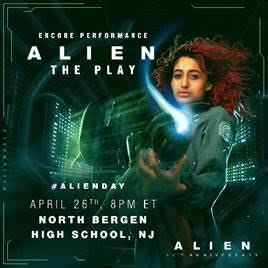 WHAT: ENCORE presentation of Alien: The Play
WHERE: The North Bergen High School Auditorium, New Jersey

This special performance is one more activity surrounding ALIEN DAY on April 26th when devotees of the Alien franchise will assemble again for the 24-hour worldwide celebration. Those eager to participate can share their own personal memories or recreations of their favorite moments for a chance to become part of the 40 Year legacy; click here for more information on #MyAlien40th!