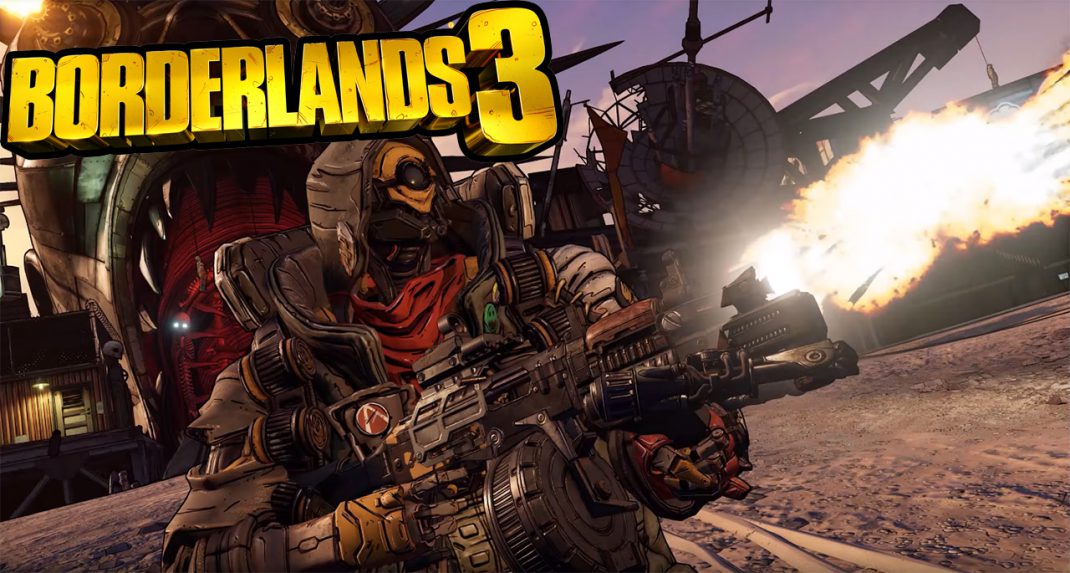 March 28, 2019 – Earlier today, developer Gearbox Software, in partnership with publisher 2K, officially kicked off “The Year of Borderlands” by confirming Borderlands 3 during its panel at PAX East and debuting the very first gameplay footage in an extended trailer for the long-awaited continuation of the blockbuster franchise.

Also during the panel, Gearbox announced:

For a detailed recap of all the Borderlands-related news and announcements from today’s panel, please continue reading. For more information about Gearbox Publishing’s other projects – which were also discussed during today’s panel – please see their separate publishing update email. And to learn more about the Borderlands franchise as a whole, visit borderlands.com.

Be sure to check back on April 3 for the next major Borderlands 3 announcement.\

BORDERLANDS: GAME OF THE YEAR EDITION

Borderlands: Game of the Year Edition launches April 3, 2019 on PlayStation 4, Xbox One, and Windows PC – that’s next week! For more information about exactly what’s new and different relative to the original Borderlands, please see the fact sheet linked below:

HD updates are coming for the rest of the core Borderlands titles as well thanks to the Ultra HD Texture Pack. This free, optional download increases the visual fidelity of Borderlands: The Handsome Collection and its DLC on consoles, and provides a visual upgrade for Borderlands 2, Borderlands: The Pre-Sequel, and all their DLC on PC. Players will best appreciate all the added detail at 4K resolution, but improvements can be enjoyed on other displays as well.

All new and existing product owners will be able to download the texture pack starting April 3, 2019, making the Borderlands back catalogue even more enticing for fans who can’t wait to play Borderlands 3. For more details, please see the fact sheet linked below:

Finally, Gearbox and 2K also revealed that all existing Borderlands 2 DLC will be added to Borderlands 2 VR on PlayStation VR in summer 2019 and will be free for all players. Gearbox already responded to fan feedback earlier this year by adding AIM Controller support to the game; now they’re going even further by including all four major content add-on packs: Captain Scarlett and Her Pirate’s Booty, Mr. Torgue’s Campaign of Carnage, Sir Hammerlock’s Big Game Hunt, andTiny Tina’s Assault on Dragon Keep. More details will be announced in the coming months.