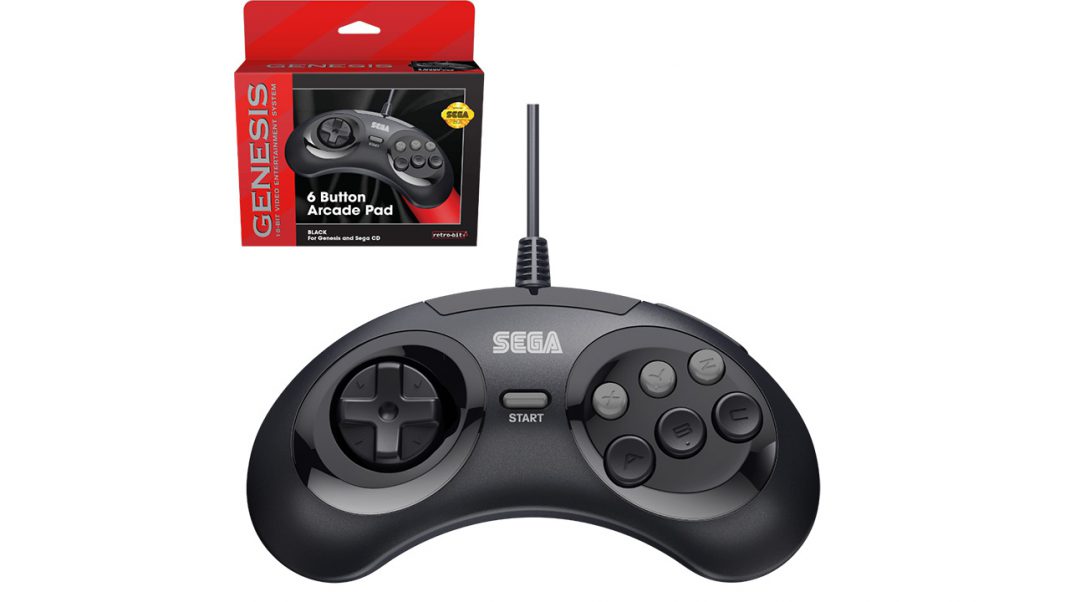 Pomona, CA – Since announcing their partnership with Sega® at CES 2018, the gaming community and media outlets have been waiting in anticipation for the launch of the gaming industry’s most sought-after controllers. Retro-Bit® is proud to announce their line of six officially-licensed controllers will be available world-wide this spring 2019. The line-up includes controllers in various colors of Sega Genesis®, Mega Drive and Sega Saturn® with original and USB®-ports.

Many gamers and media outlets have had the opportunity to demo and review these controllers where both enthusiastic and well-received responses were recognized by experts in the gaming community.

With Retro-Bit®’s global audience, the line-up carries the Sega Genesis® controllers which has original and USB® ports with all original-grade quality as their original Sega® counterparts, and are available in black and clear blue; while the Sega Saturn® for Original and USB®  are brought to you in black and slate grey. Similar to North America, Retro-Bit®’s European controller lineup includes both Original Port and USB®  versions of the Sega® Mega Drive and Sega Saturn® controllers with the same color options.

Some of the notable differences gamers can identify with the controller line is the quality grade cord, now extended to 10-feet (3 meters) and made for ultimate mobility while in play. During development of the controllers, additional detail was placed in the performance of the D-Pad which is often a scrutinized component to retro gaming fans. However, the Retro-Bit®controllers have been well-received among media  for this feature.

One update Retro-Bit® included to enhance gameplay is a repositioned mode button in the controller with USB® port to make it more ergonomic and cater to the gamer’s alternative gaming options.

However, Retro-Bit® did not stray too far from the classics. The alp shoulder buttons are a nostalgic nod to the original Sega® controllers, and Retro-Bit® saw the sentiment as an opportunity to preserve the best practice. “We are extremely happy to have collaborated with Sega to bring the world of gaming these timeless classics back with a special touch of Retro-Bit. We made very precise revisions to absolutely perfect them in order to bring the best quality of controllers for the gaming community. Just in the same quality that Sega always has. I believe we’ve achieved just that”, said Richard Igros, Marketing Manager atInnex Inc., Retro-Bit’s exclusive distributor.

For any details on each Retro-Bit® controller and where to purchase, visit the Retro-Bit® website at retro-bit.com.

The Retro-Bit® controllers are now available on Amazon.com, Amazon.co.uk, and Amazon.de. As well as your local video game stores, Lukie Games and CastlemaniaGames.com.

View the Press Kit with all details, photos, and specs about the Sega® x Retro-Bit® collaboration: For NA  and for EU.