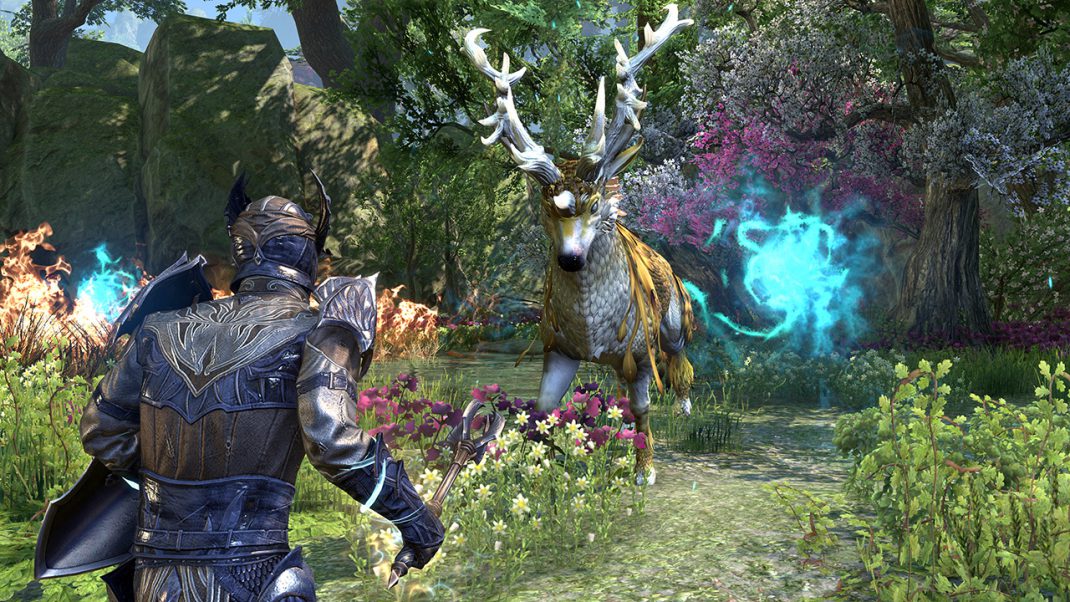 The Season of the Dragon Unleashed on The Elder Scrolls Online

March 12, 2019 – The Season of the Dragon has officially taken flight as ZeniMax Online Studios today released the latest DLC for The Elder Scrolls Online – a two-dungeon DLC Game Pack called Wrathstone for PlayStation 4 and Xbox One. Update 21, a free update that brings a series of improvements and new features, also dropped today for PlayStation 4 and Xbox One. Wrathstone previously released on PC and Mac on February 25.

Wrathstone kicks off the yearlong Season of the Dragon with two new dungeons – Depths of Malatar and Frostvault. Wrathstone will lead into the events of the epic Elsweyr Chapter, releasing on June 4, that will introduce dragons to ESO for the first time. Each dungeon holds one-half of the ancient Wrathstone tablet, the key that Abnur Tharn later uses to open the Halls of Colossus, accidentally unleashing the dragons upon Elsweyr.

ESO heroes are tasked with fighting their way through the dungeons to retrieve both halves of the Wrathstone tablet. Depths of Malatar will send you to an ancient Ayleid ruin hidden under a secret Imperial fort while Frostvault guides you through a trap-filled, automaton-occupied, Goblin-inhabited, Dwarven vault.

Both dungeons can be completed in Normal, Veteran, and Veteran Hard Mode difficulties. Should players complete these 4-player challenges, they’ll be rewarded with powerful new item sets and unique collectibles, including a new skin and a non-combat pet. The Wrathstone DLC Game Pack is free for ESO Plus members, and available for purchase from the in-game Crown Store for everyone else.

Update 21 arrives alongside the new dungeon pack and brings a series of improvements and new features free for all players, including a new Battlegrounds map and PvP rewards, Passive Ability changes, a Guild Trader update, and much more.

For a complete overview on Update 21 and the new DLC, see the Wrathstone & Update 21 Preview on the ESO website.