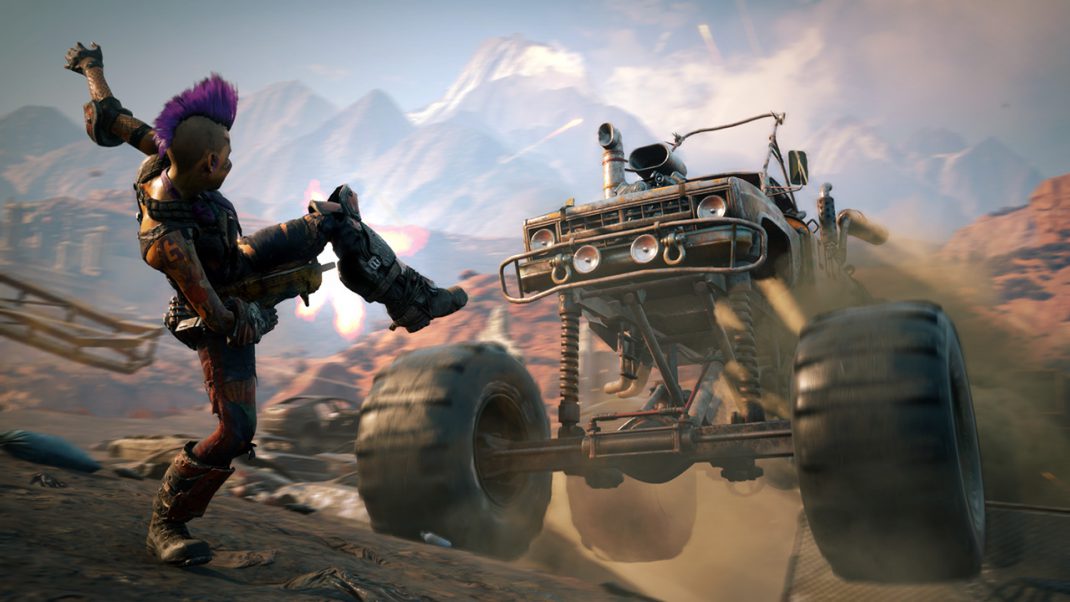 March 9, 2019 – In the post-apocalyptic world of RAGE 2 you’re not just Walker, the last Ranger: you’re a Wasteland Superhero!

Wreak havoc on General Cross and his army of mutant soldiers with an arsenal of powerful weapons and hi-tech nanotrite abilities – or combine your lethal toys together for crazy combos that will knock the socks off* (*absolutely obliterate) anyone that stands in your way. The Authority won’t stand a chance as you bring your own brand of superhero justice to the wasteland.

See some of those powerful weapon and ability combinations in action for yourself – plus a kick-ass theme tune – in our latest video:

With intense id Software-style combat rammed into the open-world mayhem of Avalanche Studios, RAGE 2’s shooterverse will let you go anywhere, shoot anything, and explode everything when it launches on May 14, 2019 for Xbox One, PlayStation 4, and PC. Visit the official site at bethesda.net/en/game/rage2
for more details.