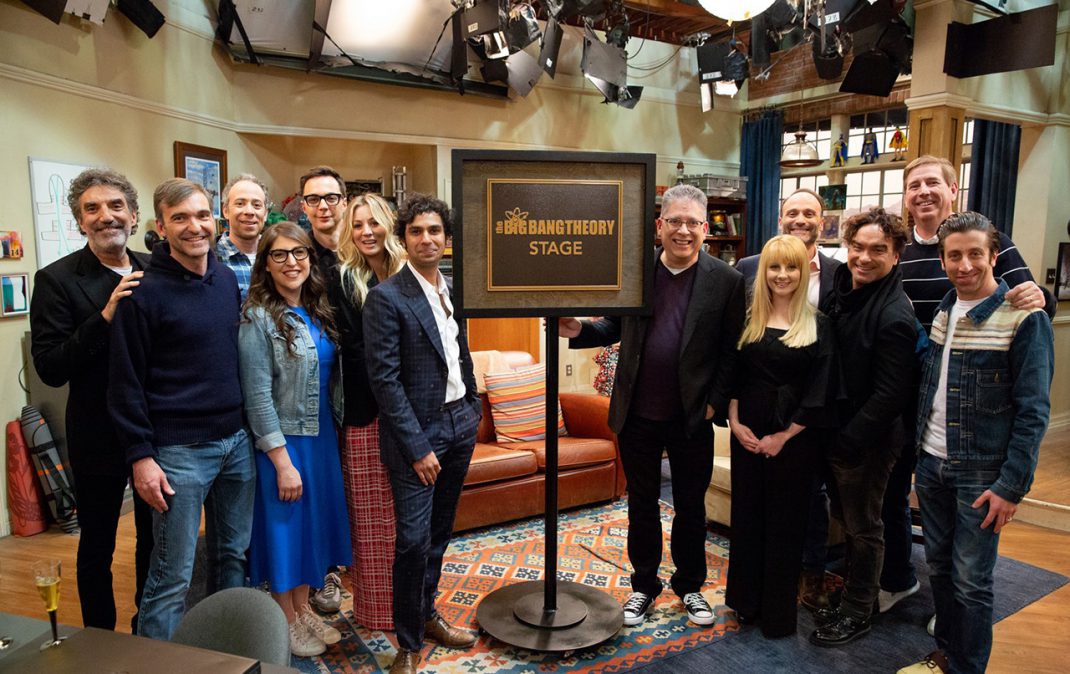 BURBANK, Calif. (February 7, 2019) — To celebrate the remarkable achievement of Warner Bros. Television’s The Big Bang Theory — which will sign off in May 2019 as the longest-running multi-camera series in television history, with 279 episodes — Warner Bros. Studios has dedicated Stage 25, where the hit comedy is filmed, as “The Big Bang Theory Stage” at a ceremony during the Television Critics Association’s Winter Press Tour Studio Day on February 7, 2019.

In a joint statement, The Big Bang Theory executive producers Chuck Lorre, Steven Molaro, Steve Holland and Bill Prady said: “For 12 years and almost 300 episodes, The Big Bang Theory has considered Stage 25 its home. We’re honored that the series can now become a part of the history of this legendary studio which has been home to so many amazing films and television shows.”

Originally built in 1935, Stage 25 has housed productions of Casablanca, Giant, Bonnie and Clyde, and Blade Runner, as well as television series Maverick, V, What I Like About You and more. This is only the fifth time in the history of the Warner Bros. Studios lot that a soundstage has been “named,” instead of numbered. In 2004, Stage 24 was declared “The Friends Stage”; in 2009, Stage 11 was renamed “The ER Stage”; in 2015, The Ellen DeGeneres Show commemorated its first 2,000 episodes with Stage 1 becoming “The Ellen Stage”; and also in 2015, Stage 26 was dedicated as “The Two and a Half Men Stage,” to honor the 12-season run of another successful Chuck Lorre comedy.

The Big Bang Theory will shoot its final episode on Tuesday, April 30, to air later in May 2019 (Thursdays at 8/7c on CBS). Currently in its 12th season, The Big Bang Theory is produced by Chuck Lorre Productions, Inc., in association with Warner Bros. Television.