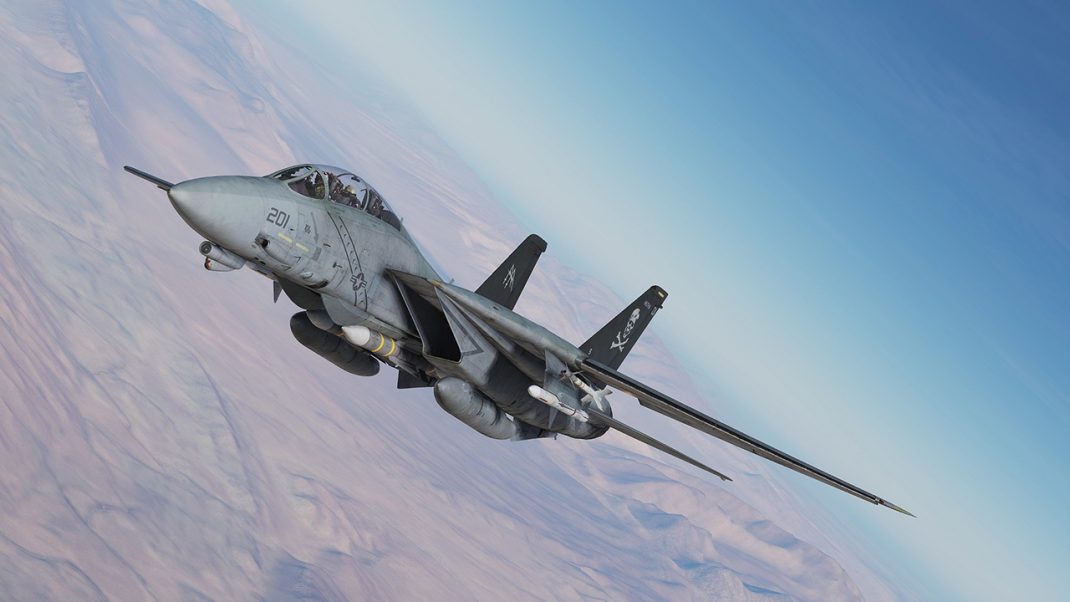 November 20, 2018 – Pre-order on Steam from: https://store.steampowered.com/app/411893/DCS_F14_by_Heatblur_Simulations/. The Grumman F-14 Tomcat was a two-crew, variable geometry, maritime air superiority fighter that served with the US Navy for 32 years and continues to serve with the IRIAF in Iran. The F-14 was the US Navy’s frontline fighter from the 1970s until the mid-2000s. Over the course of its long service life it also became the US Navy’s premier precision ground-attack platform and lone airborne reconnaissance asset.

Outstanding features of the aircraft are the swing-wing configuration, crew of two, and the powerful AN/AWG-9 Weapons Control System (WCS) and radar. The AWG-9 allows employment of the powerful AIM-54 Phoenix air to air missile while the LANTIRN pod allows the ability to carry out precision ground strikes using laser guided bombs. The F-14 Tomcat was present during many pivotal historic moments such as the two Gulf of Sidra incidents, Operation Desert storm in Iraq, the conflict in Yugoslavia, Operation Enduring Freedom in Afghanistan and Operation Iraqi Freedom. It was also immortalized in the iconic motion picture, Top Gun, and starred in several other feature films including The Final Countdown, Executive Decision, and others.