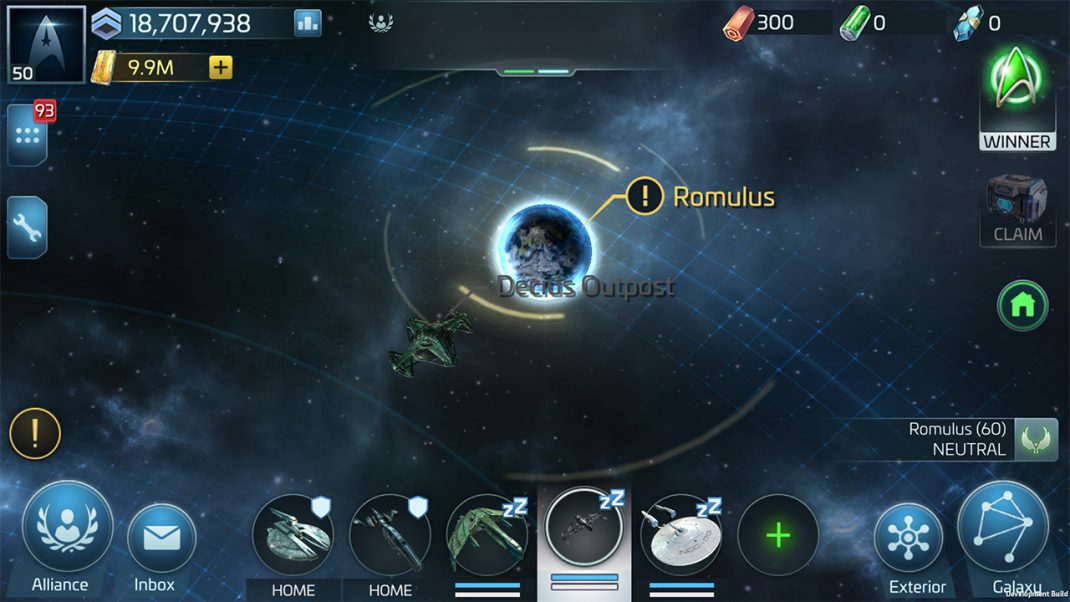 LOS ANGELES – Nov. 2, 2018 – Scopely, an interactive entertainment company and mobile games publisher, and CBS Interactive, today announced the development of Star Trek Fleet Command, a new multiplayer real-time strategy and role-play game that brings an entire galaxy of characters and ships to life for the ultimate Star Trek gaming experience. Based on the 2009, 2013 and 2016 cinematic Star Trek universe, the upcoming game is now available for pre-registration on Google Play and will be available worldwide as a free download on the App Store and Google Play Thursday, November 29th.

Star Trek Fleet Command is the first free-roaming multiplayer Star Trek experience to combine role-playing game style progression and real-time battles with enemy ships—all on mobile devices. A fast-paced strategy experience, the game brings players unparalleled access to the Star Trek universe along with an epic narrative that unfolds as they travel to the furthest corners of the galaxy.

“We’re thrilled to work with CBS Interactive on such iconic IP and believe we’ve designed an expansive, dynamic and super social Star Trek experience for both strategy and role-play gaming fans,” said Tim O’Brien, Chief Revenue Officer at Scopely. “We wanted to create a cinematic, action-packed, genre-defying game that embraces the heart of the franchise—exploration, to allow players to experience an entire galaxy of quests and missions for endless adventure.”

In Star Trek Fleet Command, players are able to customize their gameplay experience as narrative paths branch and diverge depending on which of the hundreds of available missions they choose to complete and how they approach interactions with other deep-space denizens. Fans of the series will have the opportunity to meet and build dream teams made up of their favorite characters including Captain Kirk, Spock and Uhura, and factions such as the Federation, Klingons and Romulans to fight alongside and determine their place in the cosmos. With each faction offering unique officers, ships and technologies to progress and utilize as strategic assets, the amount of personalization offered in Star Trek Fleet Command is about as limitless as the universe.

Star Trek Fleet Command is the latest in Scopely’s line of mobile games based on renowned entertainment properties such as the award-winning WWE Champions, The Walking Dead: Road to Survival™, YAHTZEE® With Buddies, Wheel of Fortune®: Free Play and the upcoming Looney Tunes: World of Mayhem.