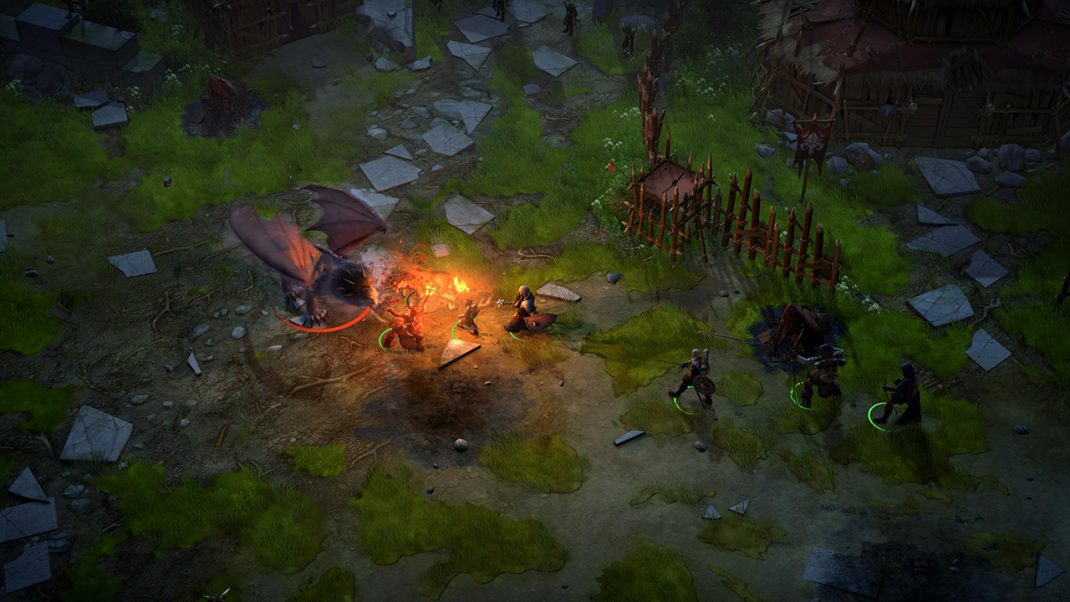 Larkspur, Calif. – Sept. 25, 2018 – Owlcat Games and Deep Silver proudly announce the highly anticipated Pathfinder: Kingmaker, the RPG allowing aspiring adventurers to recruit party members aligned with their playstyle, shape the surrounding world through meaningful choices and influence their own capitol city, is now available for both Windows PC and Mac via Steam and GOG.

Pathfinder: Kingmaker allows players to carve their own path through the lawless Stolen Lands, exploring the vast and fantastical world of the Pathfinder® Roleplaying Game universe. Setting out from humble beginnings, characters will face fearsome beasts, meet lifelong companions, and build their own kingdoms as a deep and engaging story unfolds around them.

“Making Pathfinder: Kingmaker has been the most incredible journey,” said Oleg Shpilchevsky, Head of Owlcat Games. “As a team we have lived this game, poured our passion, energy and personalities into it. The time has now come to allow fans to experience all that the Stolen Lands has to offer. We hope you enjoy it.”

“We’re thrilled to see Pathfinder’s world of Golarion so vividly realized by the team at Owlcat,” says Paizo Publisher and Chief Creative Officer Erik Mona. “Pathfinder: Kingmaker brings one of Pathfinder’s most exciting epic adventures to computers everywhere, leaping from the tabletop to the computer and bringing the exciting environments and canny creatures of Kingmaker to life on the computer screen.”

Pathfinder: Kingmaker takes players on a tour through the infamous Stolen Lands, the dangerous and turbulent territories well known within Pathfinder fandom. The computer RPG revisits familiar characters and well-known locations of the series’ lore as well as treat players to brand new adventures, deadly foes, and unforeseen twists and turns. Fans of the fantasy pen-and-paper RPG will experience its epic, heroic universe in new ways while computer RPG gamers will discover their favorite genre in a more contemporary light, in stunning 3D graphics that bring the universe to life.

Pathfinder: Kingmaker will challenge players as both adventurers and rulers as they claim explored lands and carve their own kingdom from the wilderness. Kingdom founding goes beyond simple stronghold-building to become a true reflection of the hero’s character and choices made throughout the game. Each kingdom is a living thing shaped by alignment, choices, allies, and the hero’s ability to lead his or her people.