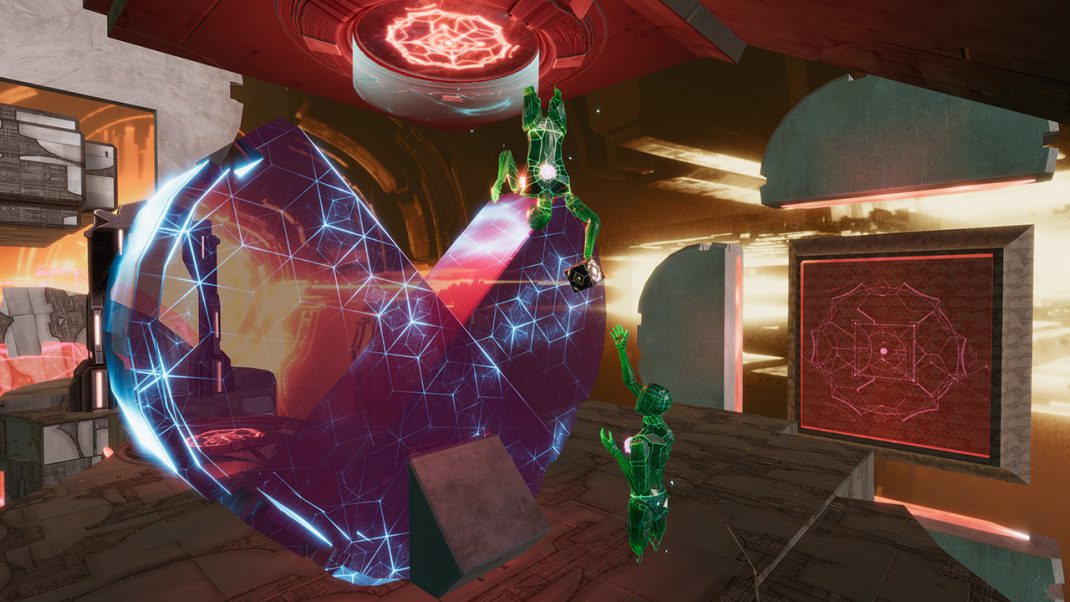 TORONTO – Sept. 4, 2018 – Entertainment One’s (eOne) Emmy® Award-winning studio Secret Location, and creator of critically acclaimed VR titles, including Blasters of the Universe and Sleepy Hollow: VR Experience, revealed Transpose today, an all-new puzzle gaming experience coming this fall. Set in a dreamlike universe, Transpose challenges players to record multiple overlapping versions of themselves that need to work together to solve increasingly intricate puzzles. In room-scale VR, players will use their spatial problem-solving skills to manipulate their past actions and the environment with VR’s motion tracking capabilities by recoding players’ movements and playing them back in real time.

With three unique worlds containing over 30 mystifying levels, Transpose features nearly 8 hours of gameplay that challenges players to collect and sacrifice energy to power up a mysterious ancient machine. Transpose is a first-person game designed to fully leverage the experiential aspects of virtual reality by accessing the fourth dimension within the three dimensions of VR.

“VR is all about wonder, and we wanted to encapsulate that in a game that extends our perception of what’s possible in VR through a lengthy and fully-realized experience,” said Ryan Andal, President and Co-Founder at Secret Location. “Transpose’s heavy surrealism is our attempt to, literally and figuratively, completely turn you on your head and transport you into a warped reality you’d never be able to experience otherwise – this is when VR is at its best.”

Transpose will include features such as: