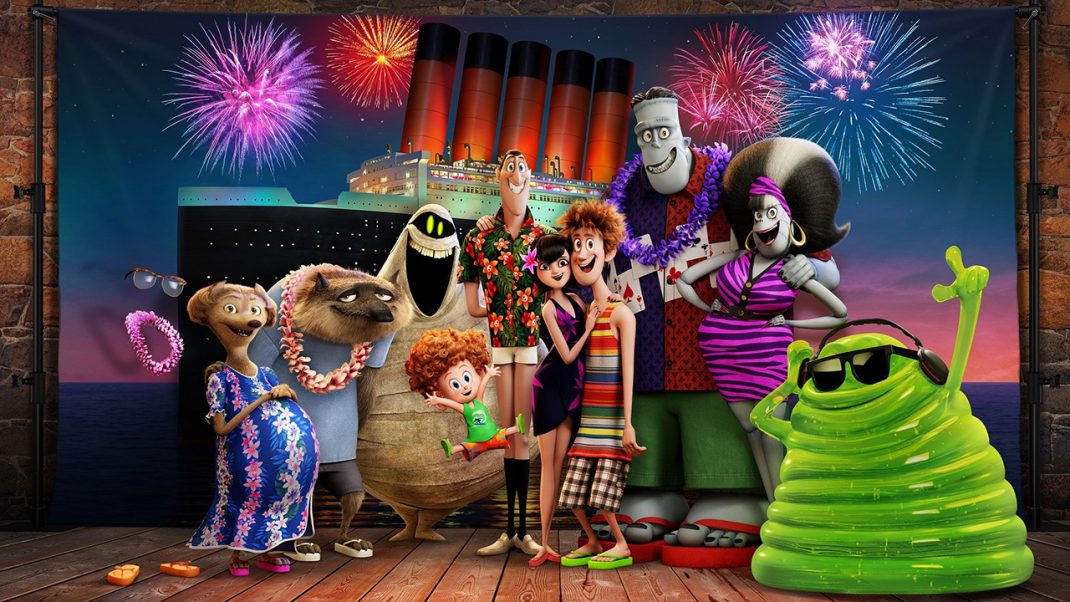 CULVER CITY, Calif. (August 27, 2018) – The Drac Pack is back with HOTEL TRANSYLVANIA 3, which will make its debut on Digital HD September 25, and on Blu-ray™ Combo Pack and DVD on October 9, just in time to for a spooky, fun, family movie night right before Halloween! This must-own family comedy, which has grossed more than $425 million in theaters worldwide to date, follows in the tradition of the blockbuster Hotel Transylvania franchise when Mavis surprises Dracula with a family voyage on a luxury, haunted monster cruise ship. Of course, the rest of the Drac Pack has to tag along, and that’s when things get a little…batty. The monsters are having a great time, indulging in all of the shipboard fun the cruise has to offer, from monster volleyball to colossus-sized buffets and exotic excursions, but then the unexpected happens when Drac falls for the ship’s mysterious (and dangerous) human captain Ericka. The third film in this family-friendly monster franchise is the best reviewed installment and you’re invited along on the haunted cruise vacation!

HOTEL TRANSYLVANIA 3 is filled with more than an hour of engaging bonus materials including three “All-New Scary-Oke Sing Alongs,” a monster dance party dance along to “I See Love” by Joe Jonas featuring Jonas Blue, plus a fun zing-tastic read along with Drac.  Families can enjoy all the frightful fun with a “Plan Your Own Spook-tacular Sleepover” feature and “Vampire Make Over: Mavis and Drac Tutorial,” and go behind-the-scenes to explore the amazing talent who bring these characters to life in “Behind the Screams – The Voices of Hotel Transylvania 3.

HOTEL TRANSYLVANIA 3 has a run time of approximately 97 minutes and is rated PG for some action and rude humor.