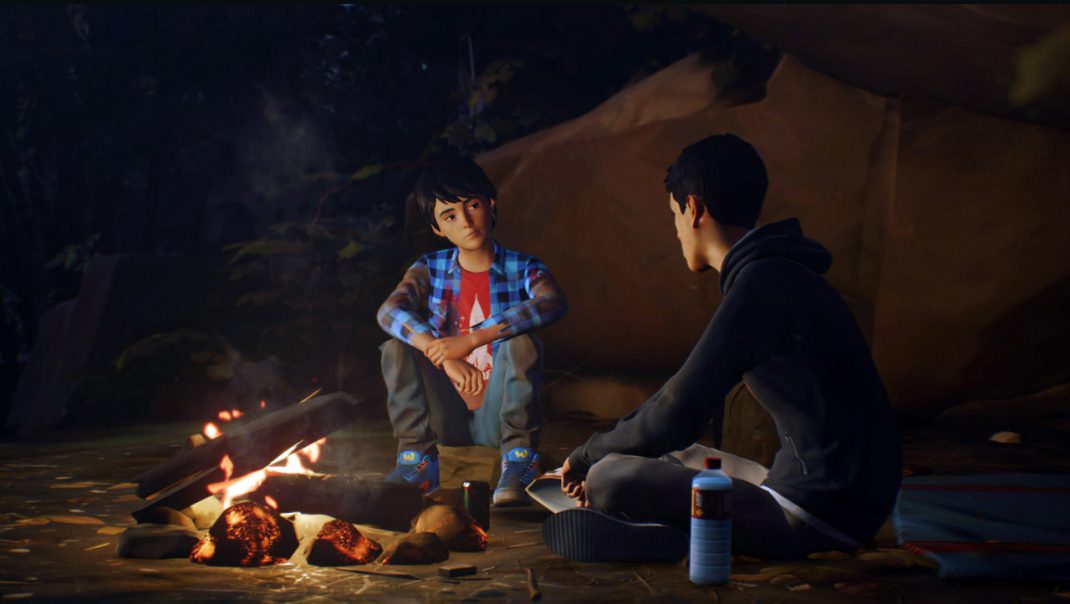 LOS ANGELES (Aug. 23, 2018) – From August 31 – September 3, SQUARE ENIX® will host gameplay demos, giveaways, panels and a variety of interactive events at PAX West 2018, held at the Washington State Convention Center. At Booth #2141 attendees will be able to play DRAGON QUEST® XI: Echoes of an Elusive Age™, KINGDOM HEARTS III, LIFE IS STRANGE® 2, Shadow of the Tomb Raider™, andTHE QUIET MAN™. Advance tickets to play the KINGDOM HEARTS III demo will be distributed at the booth at 10:00 a.m. Pacific each day.

SQUARE ENIX will also host a series of developer panels and events at PAX West, providing fans with an in-depth look at the latest game developments and upcoming updates.

EXPANDING THE LIFE IS STRANGE UNIVERSE
Friday, August 31, 12:00 PM, Wyvern Theater
Join writer Christian Divine and key figures from the LIFE IS STRANGE 2 development team as they take you behind the scenes of their most ambitious game in the series to date. Discover how they apply the core concepts of the LIFE IS STRANGE franchise to bring the relatable characters and realistic environments in the LIFE IS STRANGE Universe to life. Learn how they tackle the challenges of telling a branching story of education and brotherhood within an evolving episodic narrative adventure.

LIFE IS STRANGE 2 FAN MEET UP PARTY with What’s Good Games
Friday, August 31 from 6:00 – 9:00 PM at  Unicorn 1118 E. Pike Street
Relax at PAX with the team from What’s Good Games and developers from DONTNOD Entertainment to celebrate the upcoming launch of the first episode of LIFE IS STRANGE 2. Share your favorite moments from the series, enjoy refreshments and a chance to win games, SQUARE ENIX prizes and custom What’s Good Games items.  For additional information about the event visit: https://www.facebook.com/WhatsGoodGames/.

JUST CAUSE 4 SHOWCASE
Saturday, September 1, 11:30 AM, Hydra Theater
Join key members of the JUST CAUSE 4™ development team – Avalanche Studios – as they talk exclusively about the next game in the hugely popular, multi-million selling JUST CAUSE series. Set in the fictional South American world of Solis, JUST CAUSE 4 takes the incredible destruction and unique physics the series is known for to a whole new level with the introduction of fully simulated tornadoes and other Extreme Weather events. Rico Rodriguez returns in JUST CAUSE 4 with his trademark parachute, wingsuit and, of course his grappling hook, now enhanced with new functionality and fully customisable, making it the most powerful and creative tool the player has ever had.

SHADOW OF THE TOMB RAIDER – Uncovering the Hidden City of Paititi
Saturday, September 1, 4;30 PM, Wyvern Theater
Shadow of the Tomb Raider is filled with many surprises and secrets. Perhaps the biggest discovery Lara Croft® will make is the hidden city of Paititi, a civilization untouched by modern culture and the largest hub ever created in a Tomb Raider® game. Moderated by Andrea Rene, join the team behind Lara Croft’s defining moment as she becomes the Tomb Raider. The panel will feature Dan Chayer-Bisson (Game Director), Mario Chabtini (Senior Producer), and Rich Briggs (Senior Brand Director).

Creator of the legendary DRAGON QUEST series, Yuji Horii, will also be attending and participating in photo sessions at the SQUARE ENIX booth on Saturday, September 1, at the following times:

A limited number of tickets will be distributed at the DRAGON QUEST area of the booth starting at 10:00 a.m. the day before each session and the day of each session. Lucky attendees who receive a ticket will have the chance to meet the famed creator and receive one photograph together.

Other activities at the SQUARE ENIX booth include:

Daily giveaways at the booth, while supplies last, include:

Fans can compete in the FINAL FANTASY Trading Card Game (“FFTCG”) Crystal Cup tournament, held at the Westin Seattle Hotel’s Pine Ballroom on September 1st & 2nd. Players who pre-register for the tournament will compete for a seat at this year’s FFTCG North American Championship. New players are invited to visit the SQUARE ENIX booth for lessons, while experienced players can participate in Gunslinger Challenges to earn Premium Foil FFTCG Cards! Chocobo™’s Crystal Hunt card game demos and tournaments will also be available at the booth’s merchandise section. More information, including how to pre-register for the FINAL FANTASY Trading Card Game Crystal Cup tournament, is available at:fftradingcardgame.com.

KINGDOM HEARTS III
Platform: Xbox One and PlayStation®4 system
Developer: Square Enix
ESRB: Rating Pending
Available: January 29, 2019
In the upcoming action RPG, KINGDOM HEARTS III, players can join forces with Donald Duck and Goofy for the adventure of a lifetime traveling across worlds based on beloved films like Disney•Pixar’sToy Story, and Monsters, Inc., and Walt Disney Studios’ Pirates of the Caribbean, Big Hero 6, Tangled, Frozen and more. Attendees will be able to experience a boss battle against the Rock Titan from Walt Disney Animation Studios’ Hercules and uncover the Toy Box world from Toy Story alongside Woody and Buzz.

MOBIUS FINAL FANTASY
Platform: iOS, Android and STEAM
Developer: Square Enix
ESRB: T (Teen)
Available: Now Available
MOBIUS FINAL FANTASY is an all-original FINAL FANTASY RPG game custom-tailored for mobile platforms, featuring in-depth character customization, ongoing live events, and HD graphics that push the boundaries of the mobile platform. The story centers around a man who wakes up in a world called Palamecia with no memories of his past, tasked with bringing hope to the world by unraveling a mysterious prophecy around the legendary warrior of light. Played by well over 10 million players worldwide, the game was created by an all-star development team including producer Yoshinori Kitase and writer Kazushige Nojima.

SHADOW OF THE TOMB RAIDER
Platform: Xbox One, PlayStation®4 system, Windows PC
Developer: Eidos-Montréal™
ESRB: Rating Pending
Available: September 14, 2018
Experience Lara Croft’s defining moment as she becomes the Tomb Raider. In Shadow of the Tomb Raider, Lara must master a deadly jungle, overcome terrifying tombs, and persevere through her darkest hour. As she races to save the world from a Maya apocalypse, Lara will ultimately be forged into the Tomb Raider she is destined to be.

THE QUIET MAN
Platform: PlayStation®4 system, STEAM
Developer: Human Head Studios
ESRB: M (Mature)
Available: TBD
THE QUIET MAN takes players beyond sound and words to deliver an immersive story-driven cinematic action experience, which players can complete in one sitting, seamlessly blending high-production live action, realistic CG and pulse-pounding action gameplay. The story unravels across a single night with the player taking the role of deaf protagonist, Dane. He fights through a “soundless” world to discover the reason behind the kidnapping of songstress Lala.

More information on Square Enix, Inc. can be found at http://na.square-enix.com/.