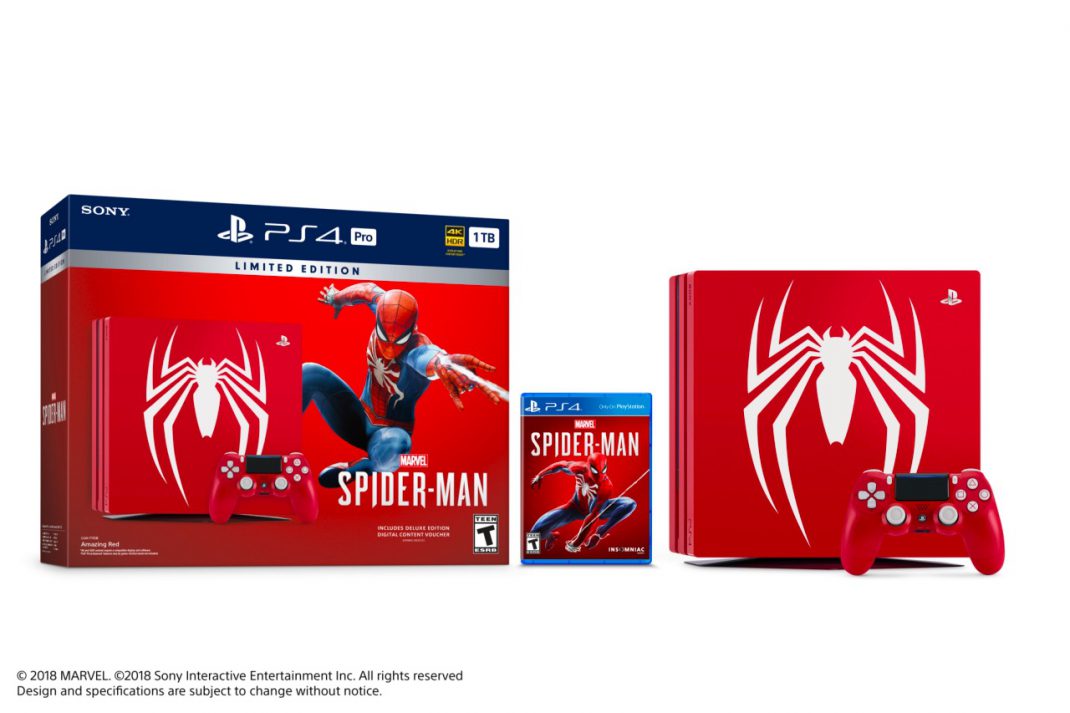 July 19, 2018 – During the Marvel Games Panel in Hall H, Sony Interactive Entertainment, Insomniac Games and Marvel Games unveiled the Limited Edition PlayStation 4 Pro bundle for Marvel’s Spider-Man, which will launch alongside the game on September 7, 2018.

The latest story trailer for Marvel’s Spider-Man shows a first look at the game’s original take on Silver Sable. As events in the city begin to escalate, Mayor Norman Osborn is willing to take no-risks during his re-election bid. He hires Silver Sable and her mercenary organization to restore order to the city – which includes stopping someone he believes is contributing to the mayhem: Spider-Man.

There is a glimpse of Spider-Man, MJ, and Miles Morales together for the first time, outlining the game’s key theme of partnership. In addition, the new Velocity Suit was revealed – an original suit for the game that was created by acclaimed comic book artist and film character designer, Adi Granov.

And that’s just the beginning at San Diego Comic-Con. For attendees, the demo will be playable on the show floor in the Marvel booth, with many more exciting activities happening on stage at the Marvel booth throughout the show.