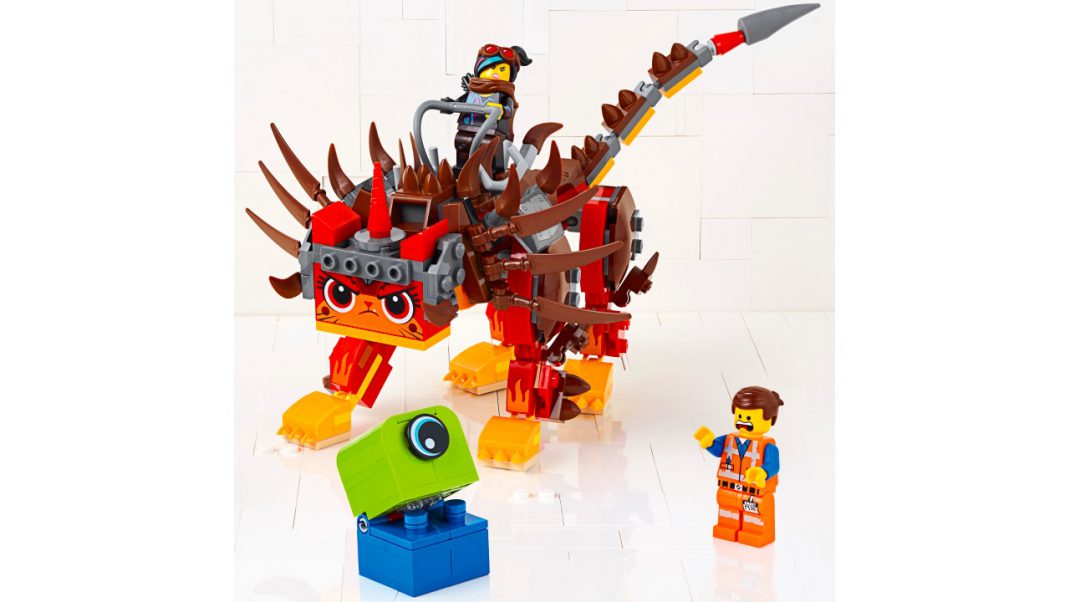 “Beloved characters from The LEGO Movie 2, classic Super Heroes and some of the hottest pop culture properties are once again being celebrated in brick form at the LEGO booth this year at Comic-Con,” said Amanda Madore, senior brand relations manager, LEGO Systems, Inc. “We know that fans around the world are captivated each year by LEGO exclusives and sneak peeks, and we want to spread the love to those that are not able to attend the show by welcoming them to take part in the building fun via social media.”

Fans who are not attending SDCC can follow @LEGO_Group on Twitter and watch for opportunities to win the 2018 San Diego Comic-Con Exclusives throughout the four-day show.

The LEGO Movie 2: The Second Part
Characters from The LEGO Movie 2: The Second Part, the highly anticipated sequel to 2014’s smash hit The LEGO Movie, in theaters February 8, 2019, will take center stage at the LEGO Booth.. A larger-than-life, over 4-foot tall and 7-and-a-half-foot long version of leading character Unikitty™ in a new Ultrakatty form will be on display at the LEGO Booth. The creation took LEGO Master Builders 250 hours and 55,825 bricks to design and build. Visitors to the booth can also test their building skills by helping LEGO Master Builders construct a brick-built masterpiece, while getting a sneak peek at the new characters from the film in a 221,184-brick LEGO mystery mural.

Three new LEGO building sets based on the film – Ultrakatty & Warrior Lucy! ($29.99), Emmet and Lucy’s Escape Buggy ($49.99) and Sweet Mayhem’s Systar Starship! ($49.99)– will make their debut at SDCC as a preview to the entirely new collection of LEGO building sets launching in 2019.

The ultimate Apocolypseburg Unikitty minifigure, unleashing her never-before-seen Rage kitty and Angry kitty expressions, will also be available to lucky fans who enter and win during a pre-show drawing on Comic-Con’s Exclusives Portal: https://www.comic-con.org/cci/2018/exclusive-merch-time-slots.

LEGO Super Heroes: DC Comics™
A special Aquaman and Storm collectible building set, as depicted in their original animated TV appearances in the ’60s, will be available exclusively for purchase for select attendees who registered prior to the show.

Prior to its release in January 2019, attendees can see the new LEGO Super Heroes Batman™ Mech vs. Poison Ivy™ Mech building set ($39.99), bringing together the legendary DC characters Batman™, Poison Ivy™, The Flash™ and Firefly.

A LEGO minifigure version of Black Lightning, from The CW’s popular television series Black Lightning (season 2 premieres Tuesday, October 9 at 9/8c), will also be given away to winning attendees from a pre-show lottery.

Following this month’s release of Marvel Studios’ Ant-Man and the Wasp, a limited-edition retail set inspired by the film will be exclusively sold to select attendees who registered in a raffle before the show. Additionally, a LEGO minifigure version of Marvel’s Sheriff Deadpool will be given to chosen attendees from a pre-show giveaway.

LEGO Star Wars™
Fans of LEGO Star Wars™ a will have the chance to step inside a LEGO brick-built version of the iconic Millennium Falcon™ cockpit, containing 201,985 LEGO bricks and weighing over 1,300 pounds. The incredible model was no easy feat for the 12 LEGO Master Builders who spent 790 hours designing and building the Star Wars™ vehicle interior.

Additionally, a limited-edition LEGO Star Wars™ Millennium Falcon™ Cockpit building set inspired by Solo: A Star Wars Story will be available for purchase exclusively for select attendees who won the opportunity to purchase it prior to the show.

LEGO Ideas
Fans of the 1980s animated Voltron TV series and the modern DreamWorks Voltron: Legendary Defender series show will have the exclusive opportunity to pick up the LEGO Ideas Voltron building set based on a concept from the fan-fueled LEGO Ideas crowdsourcing platform. A limited number of building sets will be available for purchase at the LEGO booth for $179.99 before it is widely available for purchase on August 1. No pre-registration is required to purchase this exciting new model at the LEGO booth.