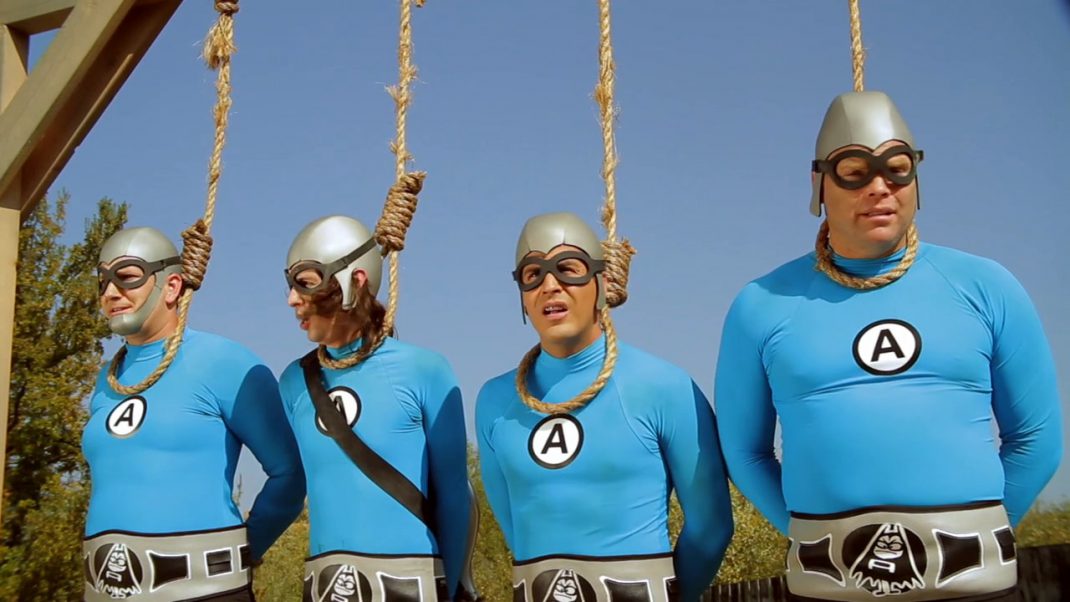 WHAT:          The Aquabats take over House Of Blues San Diego during Comic-Con. The Aquabats have called upon their Cadets far and wide to attend this special performance! If you are the proud owner of an Aquabats uniform, wear it. All those in uniform will be asked to participate in a secret mission and photo op after the show! Something new and exciting is coming and, as The Aquabats approach their 25th Anniversary, they’ll soon invite their fans to join them on their greatest adventure yet!

Line Up: The Aquabats, Froggy Fresh

*Support acts subject to change.  All ages show. Under18 must be accompanied by a parent, guardian, or by a responsible adult 25 years of age or older who has written authorization from a parent or guardian.