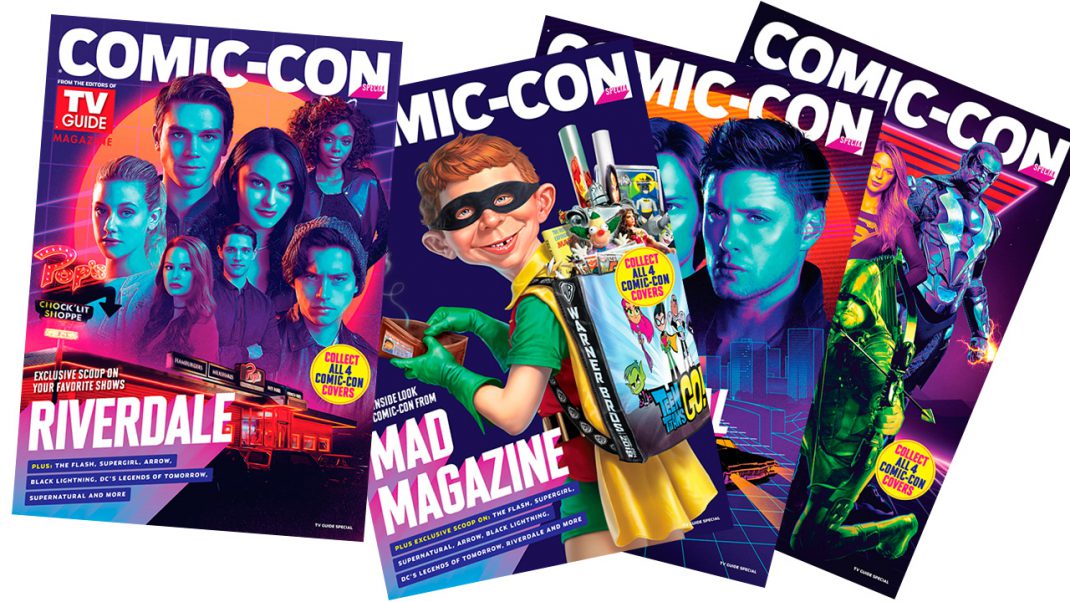 BURBANK, Calif. (July 13, 2018) — Are you feeling like a Super Hero? Supernatural? Roguishly Riverdale? Or just completely MAD? Whatever you choose, there’s a cover for you as Warner Bros. Television’s (WBTV) annual partnership with TV Guide Magazine is back for the ninth year in a row, with a brand-new Warner Bros.–themed Comic-Con special edition of the magazine. The four collectible covers feature the following WBTV series and stars:

Fans reading the 88-page special issue will find features and photos dedicated to the following programs:

Still, if you’re one of those people who’s never satisfied, there’s more, including:

For additional information about Warner Bros. Television’s activities at Comic-Con, please follow @warnerbrostv on Twitter and join in the conversation by using hashtag #WBSDCC, or visit http://comiccon.thewb.com.