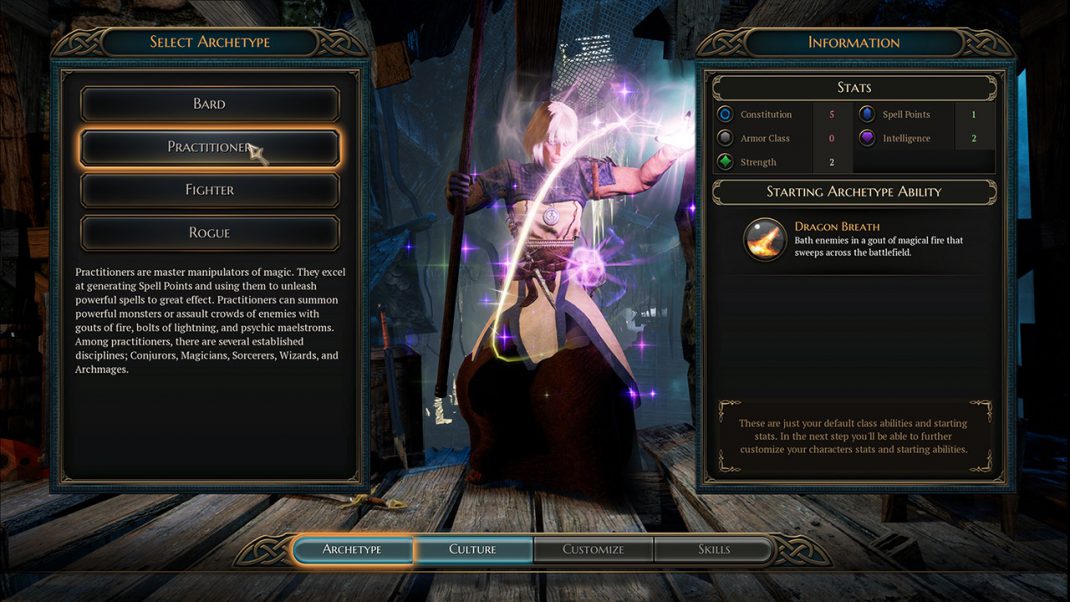 NEWPORT BEACH, Calif. – July 12, 2018 – inXile Entertainment, the studio led by Interplay founder and industry icon Brian Fargo, has announced The Bard’s Tale IV: Barrows Deep, the new entry in the series that helped define computer RPGs and dungeon crawlers, will launch on Sept. 18, 2018, on Windows PC. It is expected to arrive later this year on the PlayStation®4 computer entertainment system, Xbox One, Mac and Linux.

A return to the series’ roots, The Bard’s Tale IV: Barrows Deep takes players back to the fantastical world of Caith for a classic single-player, first-person, party-based role-playing adventure rich in exploration, devious puzzles and combat. Recruit and level up a party of six renegade heroes and rise against the dark powers that have corrupted the realm. Dive deep into dangerous, maze-like dungeons, solve challenging riddles and quests, and defeat magical beasts, creatures and more in dynamic phase-based battles.

The Bard’s Tale IV: Barrows Deep’s vibrant, interactive world is powered by Unreal Engine 4 and 3D photogrammetry to capture the atmosphere and detail of Scottish architecture and geography. Players will discover an engaging storyline from acclaimed writer Nathan Long (Wasteland 2) featuring beautiful music – composed by Ged Grimes (Simple Minds) and accompanied by some of the world’s top Gaelic singers – that plays directly into the game itself.

The newest chapter in the hugely influential The Bard’s Tale franchise, which first premiered in 1985, The Bard’s Tale IV: Barrows Deep arrives in time for the 30th anniversary of The Bard’s Tale III: Thief of Fate, which was featured in the Smithsonian American Art Museum’s The Art of Video Games exhibit.