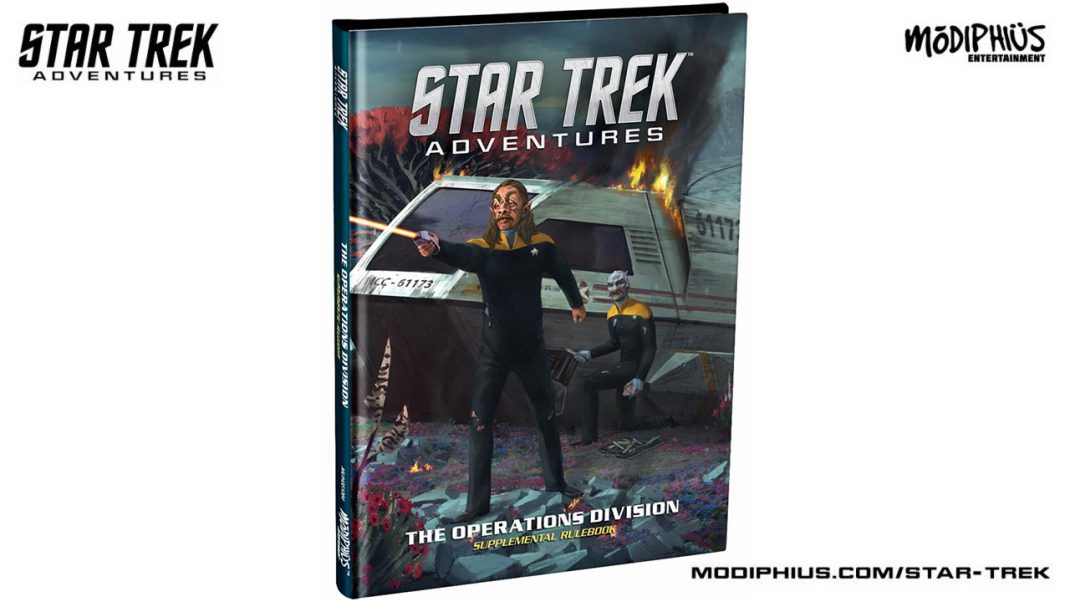 Players can expect new choices for their security and engineering officers, as well as detailed background information on the Starfleet Corps of Engineers, Starfleet Intelligence, and even the elusive Section 31. The supplemental rulebook also expands the equipment available to Starfleet personnel, with new rules on their inclusion in the game. Gamemasters also have their choice of new resources for running operations-focused missions, and a new selection of named NPCs, as well as engineering and security archetypes, including Luther Sloan, Leah Brahms, and MACO soldiers. Miniatures fans will be in for a treat, with the Red Alert rules for miniatures combat using a streamlined version of the 2d20 system, developed by prolific wargame designer Mark Latham, and Sam Webb, line developer for Star Trek Adventures.

The hardcover supplement is priced at £24.99/$34.99 USD, available to pre-order in September from Modiphius.net and your friendly local gaming store, then shipping to customers and stores in November.

Fans who purchased the PDF Collection on Modiphius.net or DriveThruRPG.com will be able to enjoy a PDF copy of the book as soon as the pre-order begins, and pre-order customers will receive a PDF copy as soon as they order their hardcover copy.

Those eager for more can expect The Sciences Division supplemental rulebook to follow in friendly local gaming stores in January, followed by the Alpha, Gamma and Delta Quadrant sourcebooks throughout 2019.