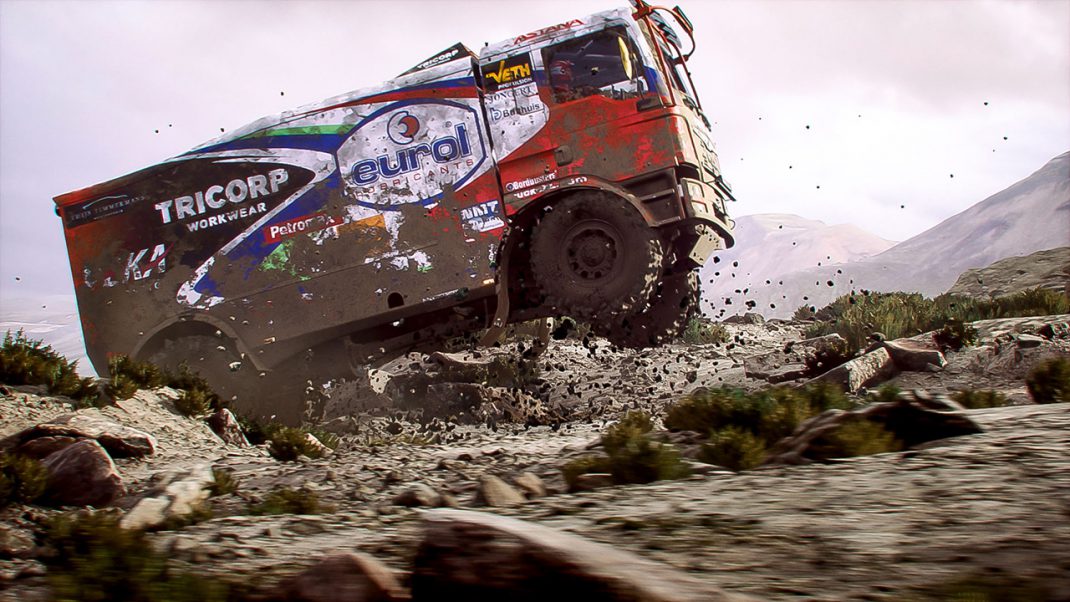 Based on the world famous annual rally raid organized by Amaury Sport Organization (A.S.O.) in South America, DAKAR 18 delivers all of the thrills, danger and realism of the biggest cross-country rally in the world. Race a variety of official vehicles across one of the biggest open worlds ever created. Players will have to use the real road books – provided by the pilots to the development team – to find the way across each of the 14 stages throughout Peru, Bolivia and Argentina.

Players will compete in fierce online multiplayer races as well as playing offline to harness and grow navigation and racing skills. DAKAR 18 is focused on realism and promises stunning visuals, which faithfully represent many of the official vehicles and pilots for each of the five racing categories (Cars, Bikes, Trucks, Quads and SxS) of the Dakar Rally 2018. In addition, the game will feature a single player, online and split screen multiplayer experience.

Since its foundation, BIGMOON has set a simple goal: develop and publish the best games possible. The team loves great stories, fun characters, and innovative challenges. That’s why they put all their dedication and passion into creating and developing hardcore role-playing, action-adventure, horror and simulation games. Immersive worlds to discover and great characters are in their DNA. BIGMOON is an independent publisher and developer for all major platforms, including Sony, Microsoft, and Nintendo. BIGMOON already developed other games such as Police Simulator 18, Demons Age, Syndrome, Trapped Dead: Lockdown, Jagged Alliance: Back in Action and produced art on some well-known racing games such WRC 5, WRC 3, MotoGP 13 and Flatout4.