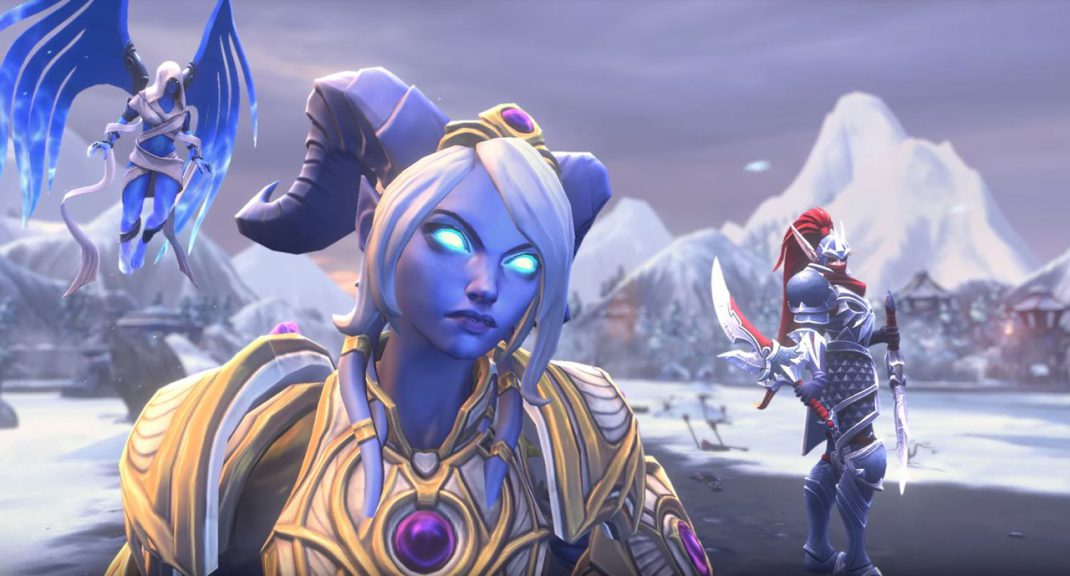 The Battle for Alterac Begins in Heroes of the Storm

June 4, 2018 – The conflict between the Horde and the Alliance rages on inside the Nexus with the upcoming Warcraft-event: Echoes of Alterac! Battle for glory on Alterac Pass, a new battleground inspired by the iconic World of Warcraft battleground, Alterac Valley. Choose to a side, then complete a series of quests to unlock your faction’s a portrait, banner, and mount! And don’t forget to show your Azerothian spirit with new skins, mounts, sprays, and other cosmetic items—as well as an all new Warcraft hero, Yrel, the Light of Hope.

Raid the Nexus for Epic Loot: Get your hands on new Warcraft-themed skins, mounts, sprays, and more via Echoes of Alterac loot chests and three event-exclusive bundles, or craft them with Shards!