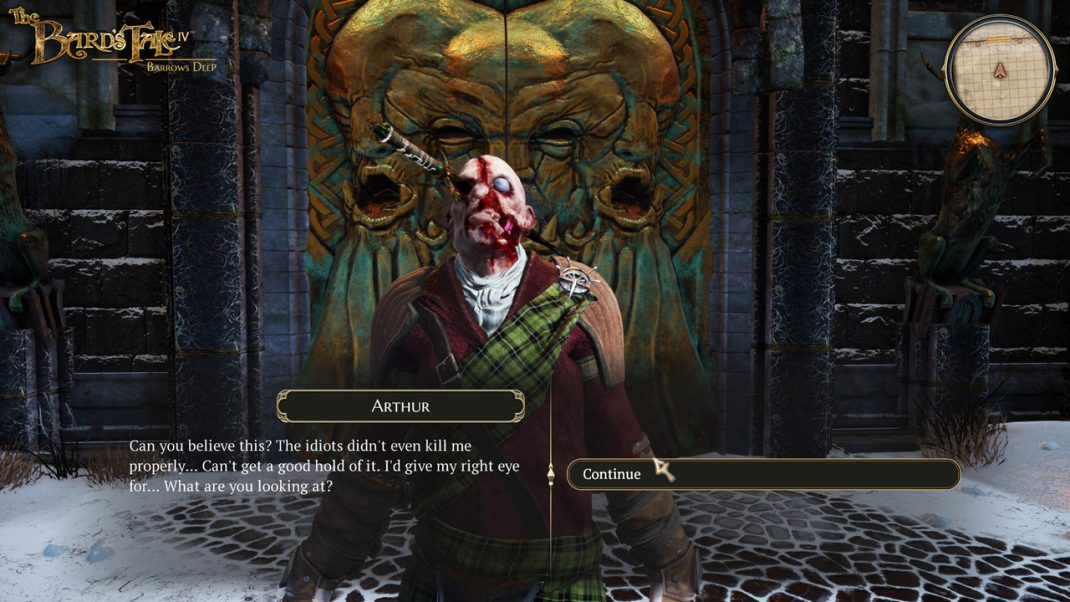 Here’s the latest video preview of The Bard’s Tale IV: Barrows Deep from the developers at inXile Entertainment. Narrated with dramatic flair by Creative Director David Rogers, this sprawling look at the upcoming first-person dungeon-crawler RPG offers just a glimpse of the vast world of tactical action, puzzles, quests, and choices fans can expect when the game launches later this year on Windows PC, Mac, Linux, and consoles.

inXile Entertainment has also relaunched the official website of The Bard’s Tale IV: Barrows Deep at www.bardstale.com. There fans can pre-order one of four special editions of the game, each including loads of exclusive bonuses, particularly guaranteed beta access for Platinum Edition owners and access to both the alpha and beta for Ultimate Edition owners.

The triumphant revival of one of gaming’s most iconic RPG series, The Bard’s Tale IV: Barrows Deep takes players back to Skara Brae for a new adventure filled with challenging turn-based strategy combat, dungeon crawling and puzzles. Customize your character and band of heroes to your unique play style, then take on mythical dangers in epic battles that reward strategic positioning, clever thinking, and masterful combos. Blending classic RPG gameplay and fantasy storytelling with modern design and visuals, The Bard’s Tale IV: Barrows Deep is perfect for veteran fans and intrepid newcomers alike.