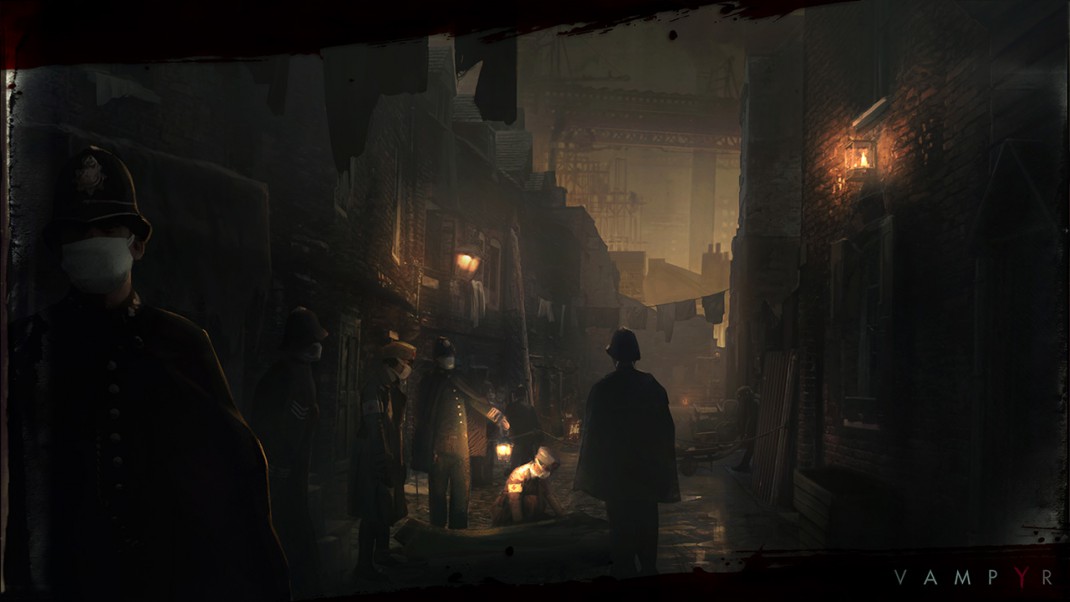 April 5, 2018 – Vampyr, the upcoming action-RPG from DONTNOD Entertainment, will release June 5 on PlayStation 4, Xbox One and PC. The game’s wider narrative arcs are unveiled today in a captivating Story Trailer, brought together with an eerie cover of (Don’t Fear) the Reaper. Returning from the frontlines to a London devastated by war and disease, Dr. Jonathan Reid awakens to a once-hidden world of ungodly creatures, secret societies and vampire hunts.

In Vampyr, you play as Jonathan Reid, a doctor in 1918 London newly-turned into a vampire following his return from the Great War. His convictions blown away, Reid discovers the existence of a dark new world were supernatural creatures and secret societies live together in the shadows… and he is now part of this world.

As a newborn vampire shattered by an irrepressible thirst of blood and thrust into a strange new world, Reid attempts to interpret the supernatural in the best way he knows how: rational thinking. However, between ancient societies, mysterious murders and an imminent large-scale vampire hunt, his scientific assurances are challenged like never before. Driven by a personal desire to learn who caused his transformation and why, Jonathan Reid continues working to find a cure to the devastating disease that decimates its citizens.

But doing so, he must confront his nature as a blood-drinker and the terrible temptation to feed on those he swore to protect…

Vampyr releases June 5 on PlayStation 4, Xbox One and PC. Preorders are now available at www.vampyr-game.com