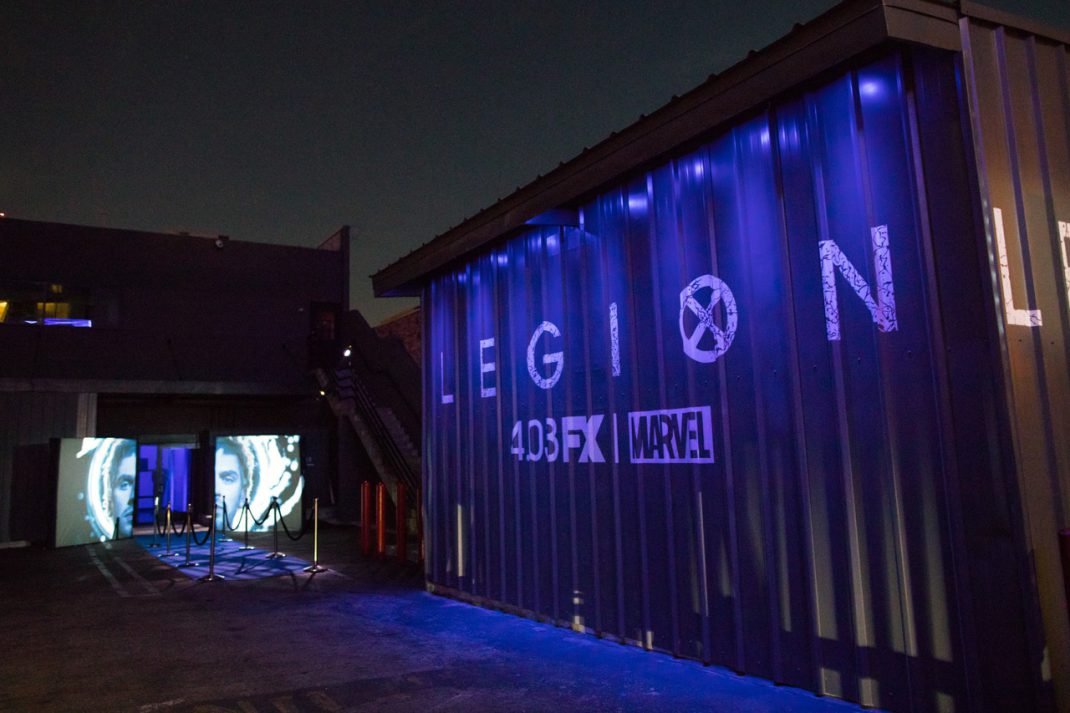 March 30, 2018 – Last night, FX Networks officially unveiled The LEGION Chamber, an artistic video installation inspired by the FX drama series Legion which allows fans to step inside a 360-degree micro-theatre featuring a one-of-a-kind presentation by the internationally-acclaimed Marco Brambilla Studio. An extraordinary visual art piece hosted at Goya Studios in Hollywood this weekend (March 30 – April 1) only, The LEGION Chamber takes fans on a surreal journey through main character David Haller’s altered states of reality forcing them, like him, to question what is real and what is not. Once inside, participants will find themselves disconnected from the outside world – literally – and fully entrenched in David’s hypnotic digital realm. Legion, the acclaimed drama series from creator and executive producer Noah Hawley, will return to FX on Tuesday, April 3 at 10 PM ET/PT.

The LEGION Chamber hours and location details are below:

For more information on how to experience The LEGION Chamber, go to facebook.com/legionfx.