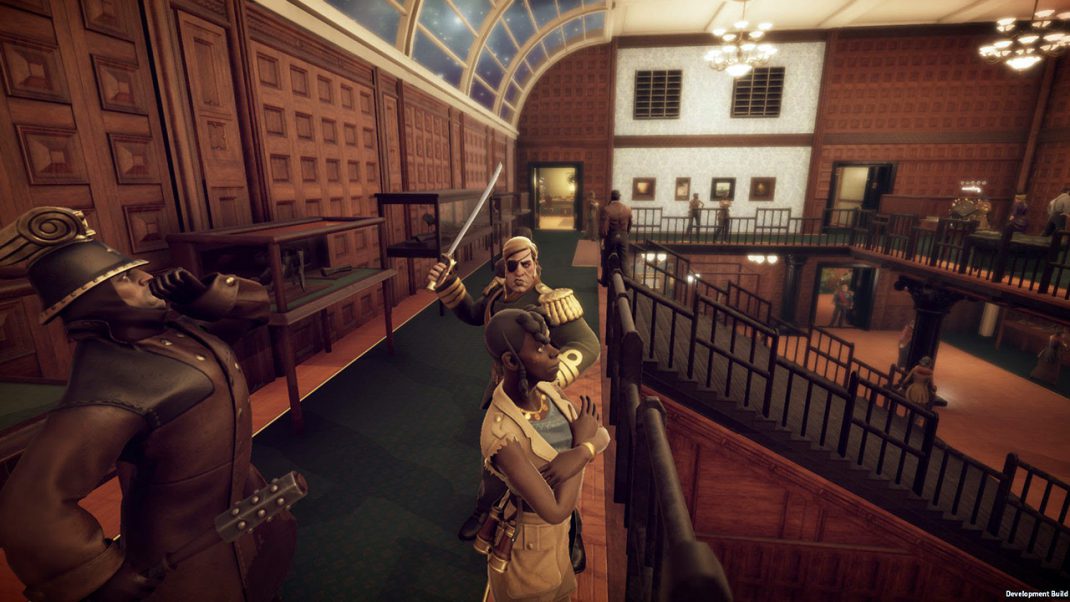 GLASGOW, SCOTLAND – March 22, 2018 – Blazing Griffin is excited to announce that PC-exclusive multiplayer stealth-em-up, Murderous Pursuits, lavishly launches on Steam on April 26th, 2018. Available for wishlisting now, Murderous Pursuits will retail for $19.99 USD at launch, and will be joined by a deluxe edition of the game ($29.99 USD) that will feature a digital art book, additional character skins and more.

Check out the first episode of an all-new mini-series shining a spotlight on Murderous Pursuits’ loveable cast of rapscallions, with more webisodes coming soon:

Not content to make would-be assassins wait until April, Blazing Griffin is kicking off the first Murderous Pursuits Closed Beta on Friday, March 23rd at noon Eastern Time, and keeping things going until Sunday, March 25 at noon Eastern Time. Those looking to get access to the first Closed Beta have three options: Join the official Discord and keep an eye out for codes, sign up for the mailing list, or follow the game on Twitter. There’ll be a ton of opportunities to get in, so keep an eye out!

From the team behind the Ship series, Murderous Pursuits is a tense multiplayer stealth game in which up to 8 players plot glorious murder as they track their assigned quarry, avoiding hunters and hiding in plain sight. This means players will need to put on their best bot impression in order to succeed, as they blend in to the scores of party guests discussing high art and eating the finest Scottish pies the British Empire can afford.

Murderous Pursuits slips out of the shadows and onto Steam (PC) on April 26th, 2018 and kicks off its first Closed Beta on March 23rd. Plus, if you’ll be attending PAX East, do be sure to keep an eye out for the Blazing Griffin team at Booth #15043, where they’ll be on-hand to demo Murderous Pursuits and walk you through the finer points of Victorian assassination. For the latest updates, visit Blazing Griffin’s official website, follow the game on Discord, Facebook, Twitter and Instagram, and follow the Blazing Griffin team on Facebook, Twitter, YouTube and Instagram.