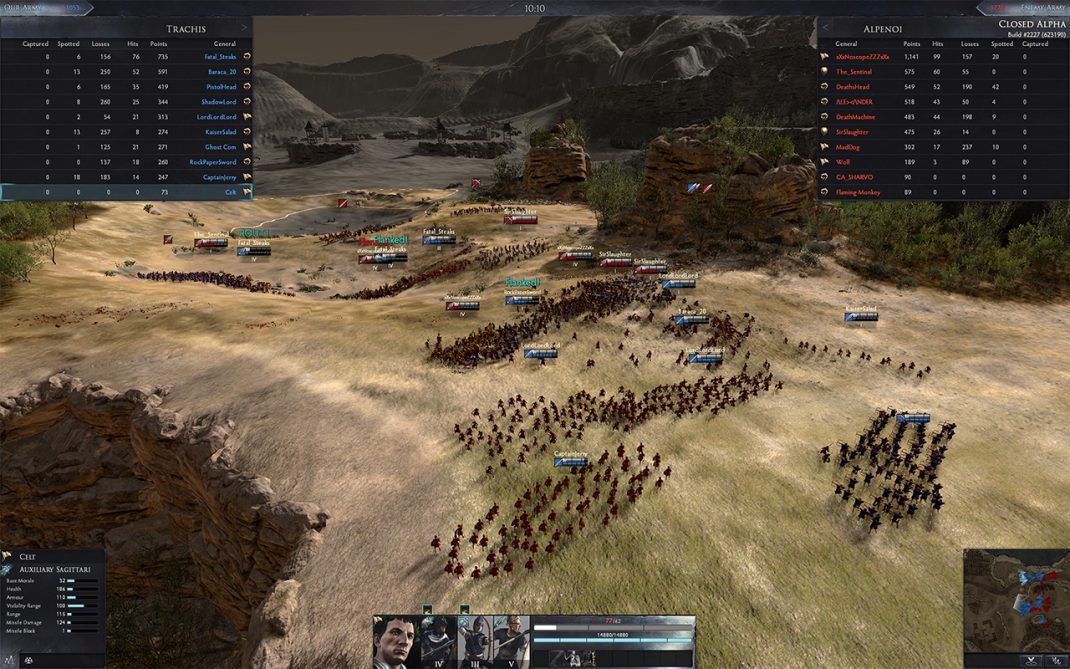 February 07, 2018 — Wargaming Alliance and Creative Assembly today announce that the Total War: ARENA Open Beta will launch February 22. To mark the occasion, the fearsome faction of Carthage descends on the battlefield. This fourth playable faction introduces legendary commanders Hannibal Barca and Hasdrubal Barca, along with brand-new units and gameplay mechanics, including the formidable War Elephants.

Hannibal Barca was not just one of Carthage’s greatest commanders—he was one of the most daunting tacticians of history. He can crack the whip and command previously slow units like elephants and heavy infantry moving, perfect for ambushes. Hasdrubal Barca, another legendary Carthage commander, can buff and debuff units. Used to aid fast, light units or hinder pesky enemies standing in your way, these skills are invaluable.

The faction of Carthage boasts strong, mobile infantry, as well as excellent skirmish cavalry. And who could forget the War Elephant in the room? They are a unit unlike anything else in Total War: ARENA, near-invulnerable and capable of trampling prone units. A real thorn in Rome’s side, Carthage excels at ambush tactics, and their speed allows them to adapt to an ever-changing battlefield, which makes them an unpredictable foe.

If you want to be one of the first to see the might of Carthage in action, join the English livestream for a live development Q&A as well as Carthage gameplay, today at 4:30 PM GMT:

Total War: ARENA servers will be closed from 10:00 AM UTC February 19 until the launch of Open Beta.

If that’s got you sharpening your sword for battle, head to the official website to join the game and learn more: