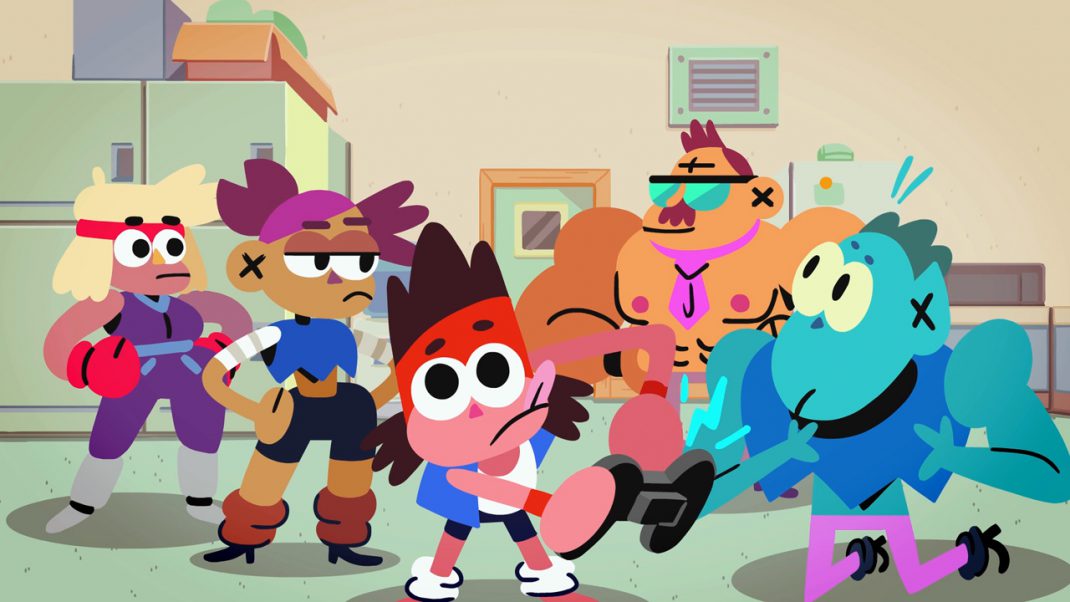 OK K.O.! Let’s Be Heroes began its journey on the Cartoon Network in February of 2016 as a series of shorts. Now a full cartoon series, OK K.O.! Let’s Be Heroes follows the exploits of K.O., a young boy with dreams of becoming the best hero ever. Now, you can play as K.O. in Cartoon Network Games’ OK K.O.! Let’s Play Heroes. Released on the Xbox One, PlayStation 4, and Windows PC platforms, OK K.O.! Let’s Play Heroes features the same voice talents from the cartoon series as well as the show’s signature visual style. Developed by Capybara Games, a company mostly known for handheld and casual titles, OK K.O.! Let’s Play Heroes is a very well-polished game that demonstrates a mastery of their craft. The game is very easy to pick up with simply keyboard/gamepad controls and satisfying beat ’em up combat. Players navigate K.O. around the various levels, completing quests for various characters along the way. These quests usually involve combat with one or more opponents, and most combat takes place in a very Final Fight way. Along the journey, you will collect Pow cards, cards which allow you to use special abilities in combat. These powers can evolve over time, making them even better. The whole Pow card system figured closely to the game’s plot, so I’ll stop before spoiling anything. 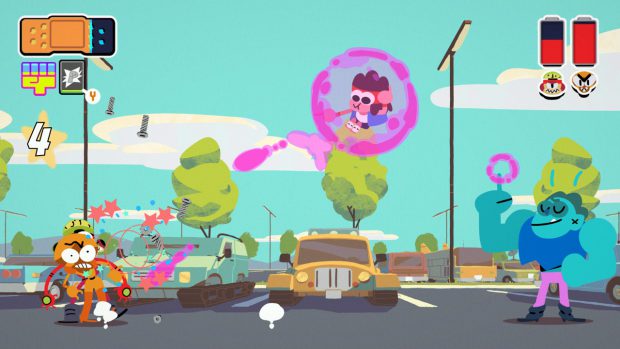 Unfortunately, because the game is very closely-tied to its namesake show (as it should be), it is not as engaging for someone who has yet to watch. Now, in a more complex title like South Park: The Fractured But Whole, this is not a problem as there has been so much cultural saturation of that IP that most people can pick up what’s going on and what characters are which. Because OK K.O.! Let’s Be Heroes is far younger and has yet to achieve that cult status, a non-follower of the show won’t stick around for very long given the “lite” gameplay mechanics – which is not to say they are dull in any way, they are a lot of fun. It’s just without a frame of reference, there are far more satisfying games out there to explore.

I mention this because I have yet to see an episode of the show and had to bring in a younger family member who had seen the show to brief me on what I was doing. In their super-fandom of the show, they LOVE this game beyond words. Also, in exploring this game’s environment and story, I have been challenged and am interested in watching the show so that is something the game will be very good at doing if given a chance. There is some good synergy there!