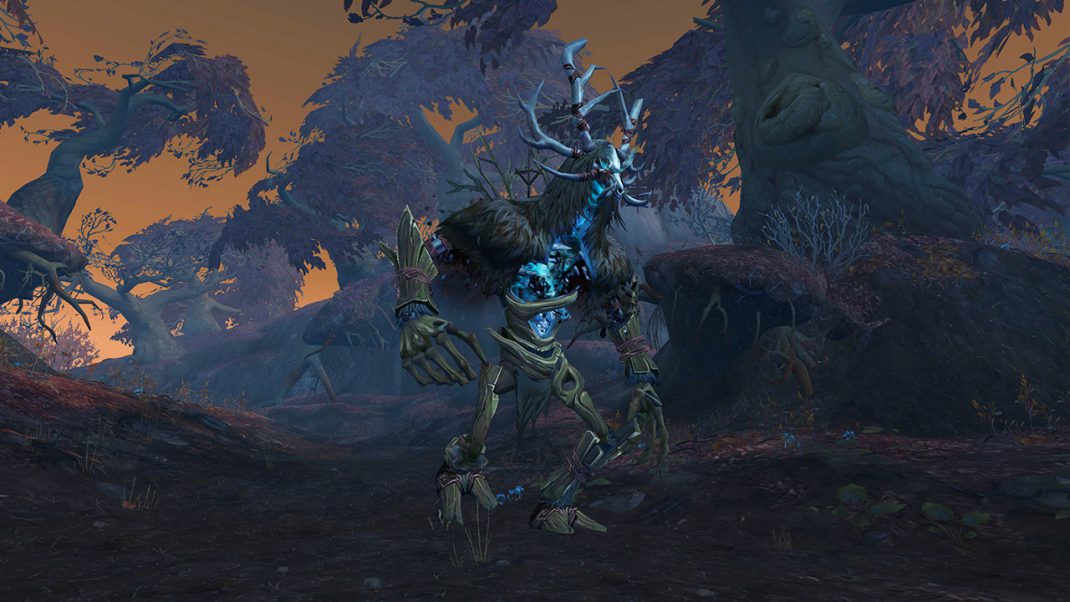 The Battle for Azeroth Begins this Summer

IRVINE, Calif.—January 30, 2018—A new great war between the Alliance and the Horde will erupt this summer—and starting today, World of Warcraft® players around the globe can seek out new champions to fight for their faction’s cause. Blizzard Entertainment today announced that Battle for Azeroth™, the next expansion to the world’s most popular subscription-based massively multiplayer online role-playing game, is now available for pre-purchase at www.worldofwarcraft.com.

Players who pre-purchase Battle for Azeroth today can begin their journey to recruit four of the expansion’s new Allied Races, each representing comrades they’ve fought alongside on the Broken Isles and Argus in the game’s most recent expansion, Legion™. Upon winning the respect of an Allied Race by completing quests and earning reputation, players will unlock the ability to create characters of that race and set out on a new adventure across Azeroth. Alliance players can add the shadow-touched Void elves and valiant Lightforged draenei to their ranks, while members of the Horde will be able to bring the ancient Nightborne and noble Highmountain tauren into their faction’s fold—with additional Allied Races to come in the future.

Pre-purchasing Battle for Azeroth also grants the included level-110 character boost immediately†, so players can enter the expansion ready to fight on the front lines of the coming war. Upon Battle for Azeroth’s launch, heroes will be called upon to seek reinforcements in the seafaring kingdom of Kul Tiras and troll empire of Zandalar; battle for strategic control of Stromgarde, a new 20-player cooperative Warfront; and embark on Island Expeditions, where bands from rival factions race to claim resources on treacherous uncharted terrain.

“Battle for Azeroth brings a whole new dimension to the Horde-vs.-Alliance conflict in World of Warcraft, with a new continent to explore for each faction and brand-new gameplay features like Allied Races, randomized Island Expeditions, and large-scale Warfronts,” said Mike Morhaime, “No matter which side they fight for, players’ dedication to their faction will be put to the test when the new expansion arrives this summer.”

Players who choose to level up a new Allied Race will also be able to enjoy World of Warcraft’s recently revamped level 1 to 100 questing experience. Building upon a popular feature introduced on the Broken Isles in Legion, zones across Azeroth, Outland, and Draenor now scale to a wide range of character levels, making it so players can enjoy the quests, stories, and other content at their own pace. Those who complete the full level 20–110 experience† as an Allied Race character will also earn that race’s distinctive Heritage Armor—a set of cosmetic gear that represents their dedication to finding their people’s place in Azeroth.

Battle for Azeroth is available for pre-purchase digitally in a standard edition ($49.99 SRP) and Digital Deluxe ($69.99) edition. In addition to the expansion, the Digital Deluxe edition also includes a cache of in-game bonuses that allow you to proudly proclaim your allegiance to the Horde or the Alliance in a variety of Blizzard games, including:

§  World of Warcraft: Charge into battle astride the Seabraid Stallion (Alliance) and Gilded Ravasaur (Horde) mounts, and explore new frontiers with Tottle, the baby Tortollan pet, at your side.

§  Hearthstone®: After a rough day on the front, rest up at the tavern and play a few hands of Hearthstone with your hot new Azeroth Is Burning card back.

§  StarCraft® II: Make your mark on distant worlds with Horde- and Alliance-themed sprays.

§  Heroes of the Storm®: Roar onto the Battlegrounds of the Nexus riding your Primal Flamesaber, a fiery new mount with three variants.

§  Overwatch®: Champion your faction on the battlefields of tomorrow with Horde and Alliance voice lines for Torbjörn and emotes for Tracer; sprays featuring Anduin, Sylvanas, Jaina, and Varok Saurfang; and player icons representing Kul Tiras and Zandalar.

Players who pre-purchase the Digital Deluxe edition will unlock the above bonuses today with the exception of the mount for Heroes of the Storm, which is arriving soon after due to the game’s content update schedule.

Battle for Azeroth will also be available in a boxed Collector’s Edition, which includes an assortment of loot in addition to the above in-game bonuses. More details on the Collector’s Edition, including pricing, contents, and availability, will be announced at later date.

World of Warcraft: Battle for Azeroth includes new features and content that will put heroes’ dedication and fortitude to the test. In this expansion, players will be called upon to:

To learn more about World of Warcraft: Battle for Azeroth, visit the expansion’s official website at www.worldofwarcraft.com/battleforazeroth.