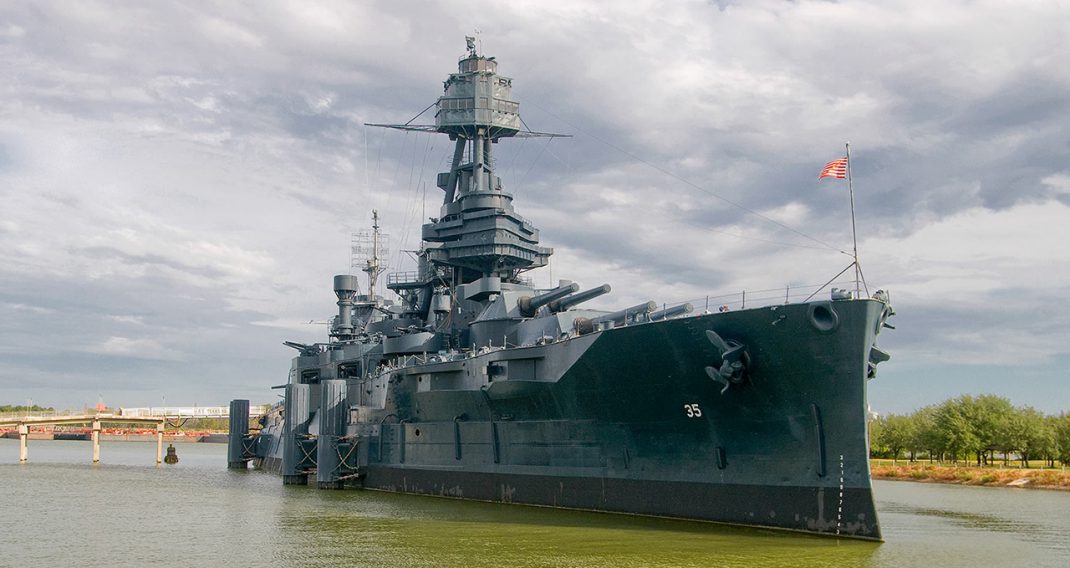 December 11, 2017 – Wargaming announced today the continuation of their charitable efforts to help save USS Texas.

At 103 years old, Battleship Texas is one of the longest surviving modern naval ships in the United States. Unfortunately, with such age comes damage, and the ship suffers from constant leaks averaging over 300 tons of water per day, not to mention significant erosion and deterioration that will eventually make the ship irreparable unless swift action is taken.

In support of Project V.A.L.O.R. (Veterans and Loved Ones Responsibility), Wargaming’s four part charity program emphasizing Family, Home, Remembrance, and Giving Thanks, the company donated 100% of the proceeds from sales of the “Giving Thanks” emblem flag to the Battleship Texas Foundation this past November. In addition, World of Warships donated all money obtained in the sale of special Lone Star Texas bundles in-game through December 1, raising over $280K in hopes of aiding historians and preservationists attempting to dry dock the legendary ship.

“USS Texas is not only a historically significant ship, it’s one of the most popular ships in our game,” said Aleksandr Nikolaev, Regional Publishing Director, World of Warships, “so when we heard about the damage and devastation on board, we knew we had to do something to try and save her. We realize the ship is ultimately in need of millions of dollars for the save to eventually be successful, but hopefully we can help raise public awareness and contribute as much as we can in order to help the foundation out in its time of need.”

In the coming months, World of Warships will double down on efforts to rally gamers around Battleship Texas. The company detailed today a new Referral Program initiative to support the ship’s foundation running from December 11 through March 31, 2018. For every gamer who is referred to World of Warships through the program by an existing player and plays at least one battle in a non-premium tier VI ship, Wargaming will pay $25 to the Battleship Texas Foundation. In addition, players will be rewarded with USS Texas for free in-game as a regular prize through the Referral Program. There will even be a leaderboard tracking the Top 25 recruiting players, including special rewards once per month.

Added Nikolaev: “One of the key pillars here at Wargaming is historical authenticity, so we want to do everything in our power to try and help preserve the ship for future generations to both learn from and enjoy.”

For more information on the Referral Program and the entire USS Texas charity initiative, visit the official World of Warships website: https://worldofwarships.com/en/news/common/need-friends-first/