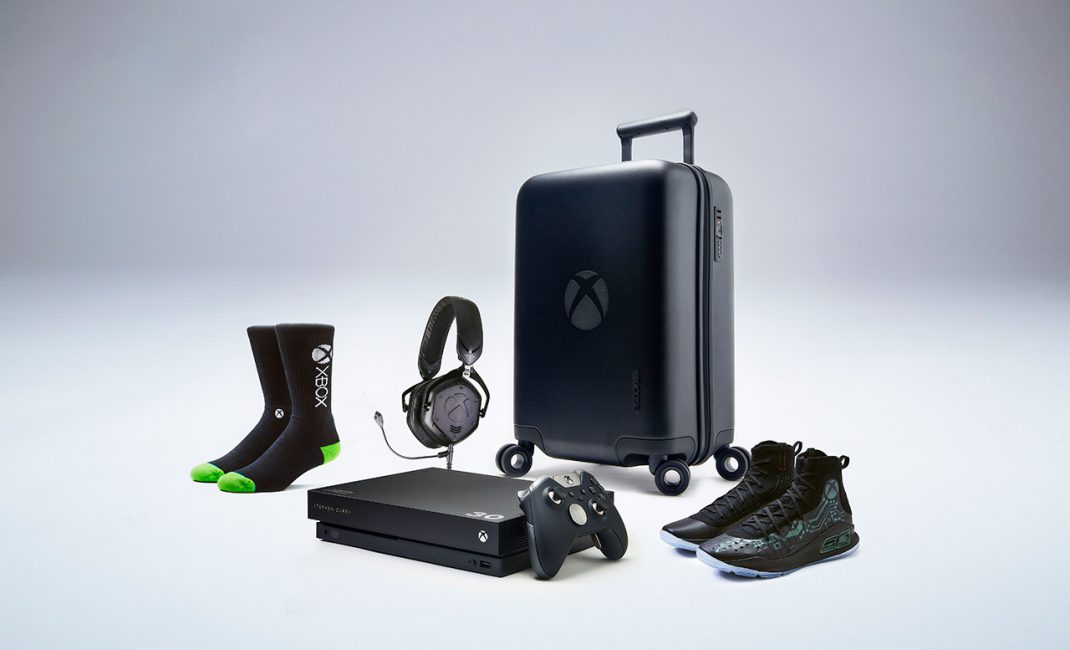 Milano – November 8, 2017 – V-MODA, award-winning manufacturer of the world’s finest high-fidelity audio devices, has announced the inclusion of its Crossfade 2 Wireless headphones and BoomPro Microphone as part of the Xbox One X and Under Armour Curry 4 ‘More Power’ VIP Kit.

The Kit is inspired by today’s top athletes, entertainers, and influencers who enjoy playing video games and want the best possible experience.

“The Xbox One X ‘More Power‘ VIP Kit is a dream for sneakerheads, gamers, entertainment enthusiasts, and lifestyle aficionados. We have the custom Curry 4 “More Power” colorway inspired by the world’s most powerful console, Xbox One X, paired with the console itself, the super-premium Xbox One Elite controllers and the best products in their respective categories from V-MODA, Stance, and Incase in a single package,” said Aaron Greenberg, GM Xbox Marketing. “We’re excited to see the reaction and look forward to seeing the response across all of our collective communities who might have a shot at snagging one themselves.”

The award-winning V-MODA Crossfade 2 Wireless headphones included in the ‘More Power’ Kit are customized with Xbox branded 3D printed over-ear shields in matte black, a revolutionary personalization process invented by V-MODA. The iconic V-MODA Exoskeleton case has also been laser engraved with Xbox branding. With Hi-Res Audio certification in wired mode for gaming on Xbox One X, ultra-comfortable memory foam cushions, and the BoomPro™ microphone, it’s the ultimate gaming companion for every gamer.

“V-MODA’s Crossfade 2 Wireless headphones are the epitome of versatility,” says Val Kolton, CEO of V-MODA. “In just a few months since their release they’ve accrued numerous editors’ choice and best headphone awards for their unparalleled sound, supreme comfort and material edge. Unlike any other gaming headset, you can wear them on the street and feel cool. At home, pair them with the BoomPro Microphone to transform your headphones into a secret gaming weapon. Crossfade 2 Wireless is sleek and functional for any occasion.”

While the kit is intended for select press and influencers, fans should keep their eyes on all partner social channels for a chance to get their hands on one. #XboxMorePower