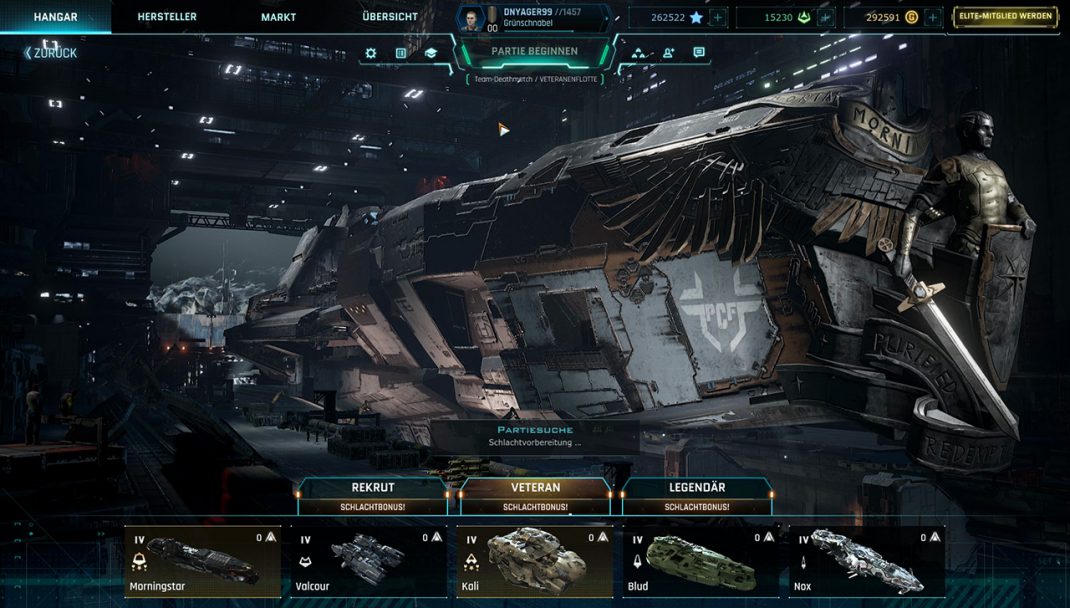 November 9, 2017 – Grey Box, Six Foot and independent developer YAGER have released the 1.9.5 update for the Windows PC open beta of Dreadnought, the class-based spaceship action game. This update adds new variations for the Ryugu Haven and Ixion maps, as well as the new Zilant hero ship, available today in the marketplace.

Squads now support up to four players each – up from three – allowing two complete squads per team in 8v8 battles. The update also introduces precise combat damage numbers to better show players how effective their abilities are with every shot. What’s more, you can now requeue after matches and jump right back into the action without having to return to the hangar each time. There’s also a ton of balance improvements, new items in the marketplace and more, which you can read about in the full patch notes: https://www.greybox.com/dreadnought/en/news/pc-game-update-195-eclipse-sky-light-haven-and-new-combat-features/.

Dreadnought is currently in free open beta on Windows PC and the PlayStation®4 computer entertainment system. For the latest updates, visit www.dreadnought.com, and follow the game on Facebook, Twitter and Twitch.