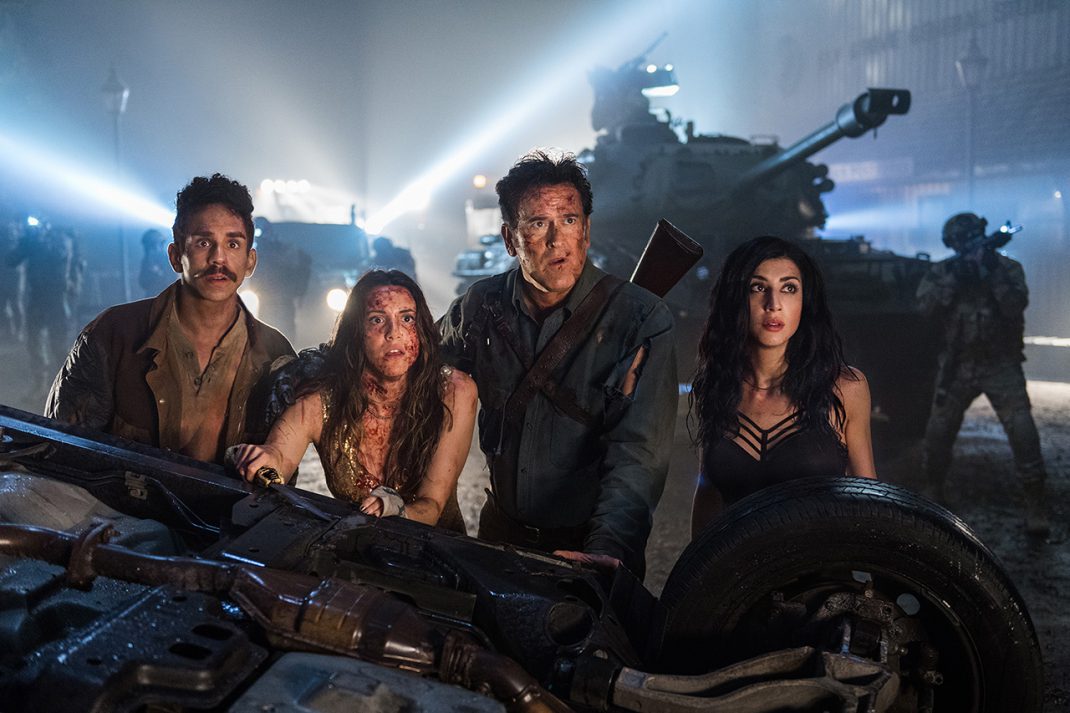 Beverly Hills, Calif. – October 31, 2017 – Ash is back and evil is about to get schooled. Today, STARZ released the first teaser trailer for the 10-episode third season of the horror-comedy series “Ash vs Evil Dead,” just in time for Halloween.

The third season finds Ash, having gone from murderous urban legend to humanity-saving hometown hero, discovering that he has a long lost daughter who’s been entrusted in his care. When Kelly witnesses a televised massacre with Ruby’s fingerprints all over it, she returns with a new friend to warn Ash and Pablo that evil isn’t done with them yet. But evil will learn to never get in between a papa bear and his cub.

“Ash vs Evil Dead” Season Three will premiere Sunday, February 25, 2018 at 9 PM ET/PT and also be available for streaming or download on the STARZ app.