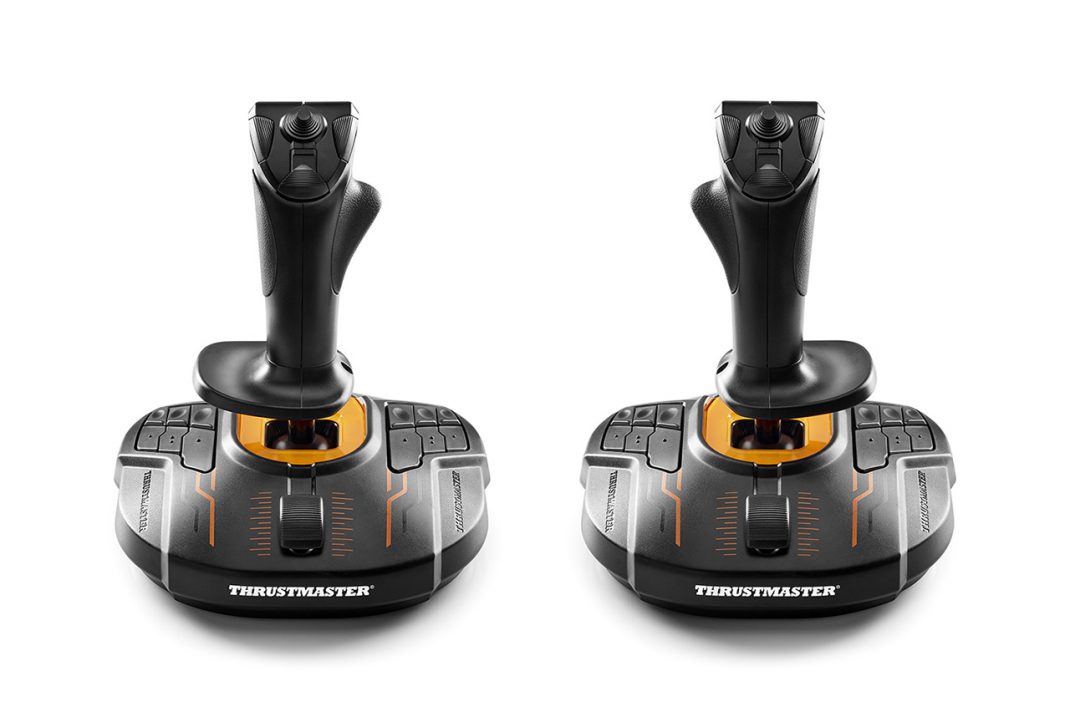 With the T.16000M FCS Space Sim Duo, gamers can now control their spacecraft using a joystick in each hand, in all games supporting the simultaneous use of two joysticks. This ensures even greater realism in games, particularly for Mech warrior pilots or deep space explorers. Enjoy absolute control when weaving a path through asteroid fields, avoid your opponents and target your enemies with surgical precision. The T.16000M FCS Space Sim Duo is a pack comprising two T.16000M FCS joysticks. The fully ambidextrous controller can be configured as a left-handed or right-handed device, thanks to three detachable components. Its appearance and design ensure that it is particularly suitable for use in a dual-joystick setup. It delivers ideal comfort and excellent stability, thanks to its large handrest and weighted base.

Each joystick in the T.16000M FCS Sim Space Duo pack benefits from the extreme precision of Thrustmaster’s H.E.A.R.T HallEffect AccuRate Technology™, which uses 3D magnetic sensors (Hall Effect) located in the stick to deliver precision levels 256 times greater than current systems, with a resolution reaching 16,000 x 16,000 values. As actions are frictionless, the joystick’s precision remains unaltered in time. Each joystick provides pilots with firm, linear and smooth tension, thanks to the helical spring (0.1”/2.8 mm in diameter) located inside the stick. Combining two joysticks offers no less than 32 action buttons (with Braille-style physical identifiers) and 2 multidirectional hats, providing users with a significant range of feature allocation choices. Each joystick features 4 independent axes, rotary rudders located on the stick that can be allocated to horizontal or vertical strafing manoeuvers and two triggers, offering a full-fledged arsenal of possibilities.

The power of the T.A.R.G.E.T programming software

The Thrustmaster Advanced pRogramming Graphical EdiTor software application, which enables gamers to combine a Thrustmaster joystick with other devices* from the brand, can be used to a rather unique end: managing and optimizing twinned controllers! Users can create and/or load specific mapping profiles and share them with the gaming community.