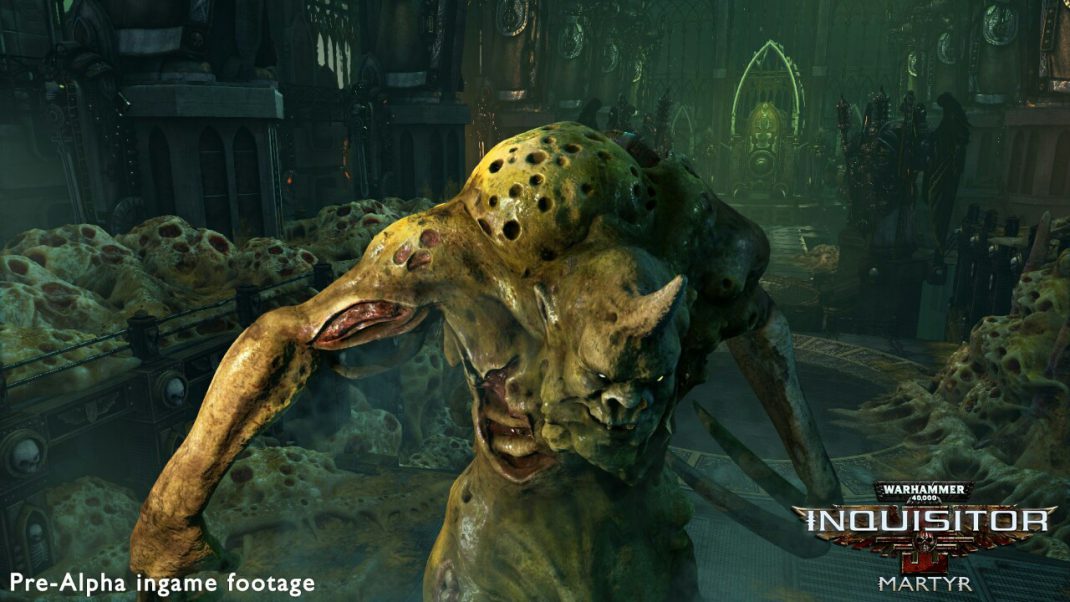 Warhammer 40,000: Inquisitor Martyr Announced for PS4 and Xbox One

Lesquin, October 12th, 2017 – Bigben and NeocoreGames are pleased to announce that they will be working together on the publishing and worldwide distribution of Warhammer 40,000: Inquisitor – Martyr on Xbox One and PlayStation®4.

The game, which is currently available on early access on Steam and has received positive reviews from the community, is being developed by NeocoreGames, a Budapest-based studio with established expertise in Action-RPG games on PC and consoles with the licence “The Incredible Adventures of Van Helsing”.

Warhammer 40,000: Inquisitor – Martyr is an Action-RPG that takes place in the Warhammer 40,000 universe. The player is an Inquisitor in the Caligari sector, a region infested by heretics, mutants, treacherous Xenos and the daemons of the Chaos Gods. The game is playable in single player as well as in co-op, and lets you develop in a persistent world through a large number of missions with various objectives. You play as one of three complementary classes in destructible environments that provide cover to help you survive combat that is both tactical and brutal.

“Playing as an Inquisitor in a supercharged Action-RPG developed by one of the most talented studios in the genre is a dream come true for all fans of Warhammer 40,000! The success of the early access on Steam has confirmed the quality of the game, and we are delighted to give console players the chance to discover this landmark title” stated Benoît Clerc, Head of Publishing at Bigben.

« We are huge fans of the world of Warhammer 40,000 so we will take care of this game with passion. This world is intense, brutal and visceral: it’s a perfect material for an Action RPG” said Zoltán Pozsonyi, producer at NeocoreGames.