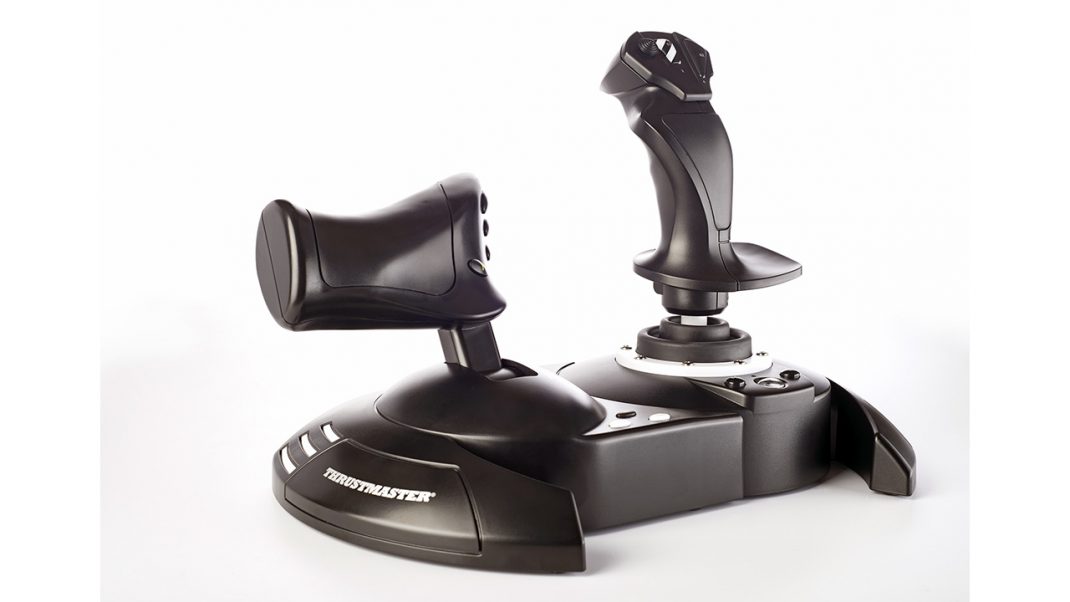 Rennes, September 26, 2017 — Members of the Flight Sim community rejoice, Thrustmaster® has heard your pleas loud and clear. To meet the demands of this growing audience on Xbox One, Thrustmaster decided that there’s never been a better time to release a joystick that will allow the many, many gamers on Xbox One and Windows 10, 8 and 7 to experience Thrustmaster’s extensive flight simulation expertise. The T.Flight Hotas One will allow gamers on both platforms to fully immerse themselves in the feeling of flight offered by today’s cutting-edge Flight Sim titles and become part of these amazing aerial worlds in a way that hasn’t been possible until now. Based on the T.Flight Hotas concept, one of their all-time bestsellers, Thrustmaster has developed a comprehensive solution officially licensed for Xbox One and Windows 10, 8 and 7.

At last, an official Thrustmaster flight stick for Xbox One

Thrustmaster is thrilled to be the first to develop a product that the Xbox One community has been dreaming about since launch.

Eager to deliver on the growing demand from members of this community, the team at Thrustmaster joined forces with Microsoft to create a joystick specially designed for use on Xbox One, with the T.Flight Hotas One being the end result.

The ergonomic T.Flight Hotas design (combined with the development of next-generation electronics officially licensed for both Xbox One and Windows 10, 8 and 7, including an “ecosystem-ready” port allowing users to add the TFRP rudder system*) allows for instant playability and the ability to adapt to all types of flight simulation (space adventure, modern combat, warplanes, civil flight etc.) This creates an unrivaled degree of practicality which has become the gold standard set by Thrustmaster over the years.

T.Flight Hotas One: the realistic and ergonomic flight control system

In the real world, flight controls used by pilots include both a stick and a throttle: this combination is the most effective in terms of performance and precision. The T.Flight Hotas One provides the same level of realism.

The joystick’s realistic, ergonomic design has been lauded right from its earliest designs. The wide hand rest helps gamers keep their hand in a very stable and relaxed position, allowing the stick to respond to even the most subtle movements, and maintain total comfort throughout long combat missions.

Gamers can adjust the stick’s resistance according to their needs and preferences. The base is weighted, for enhanced stability during gaming sessions.

Another key feature which has helped to establish the reputation of Thrustmaster’s Hotas system is the fact that it includes a full-size throttle, which gamers can use to easily control the acceleration of their aircraft or spaceship.

The throttle is detachable, and can be used in either of two different ways:

– Detached and separated from the joystick, to recreate authentic piloting conditions; or

– Attached to the joystick, for better stability and to take up less space.

What’s more, the joystick includes an extremely precise rudder function: this corresponds to the pedals used by pilots to turn the steering, allowing the plane to pivot around its vertical axis (therefore making the plane turn left or right, without impacting its elevation). This rudder function is accessible by rotating the joystick’s handle (with an integrated locking system), or via the progressive tilting lever located at the front of the throttle.

The T.Flight Hotas One joystick is part of Thrustmaster’s flight simulation ecosystem. It is therefore compatible with the T.Flight Rudder Pedals* – the first rudder ever to feature the S.M.A.R.T (Sliding Motion Advanced Rail Tracks) slide rails system, for incredibly smooth turns.