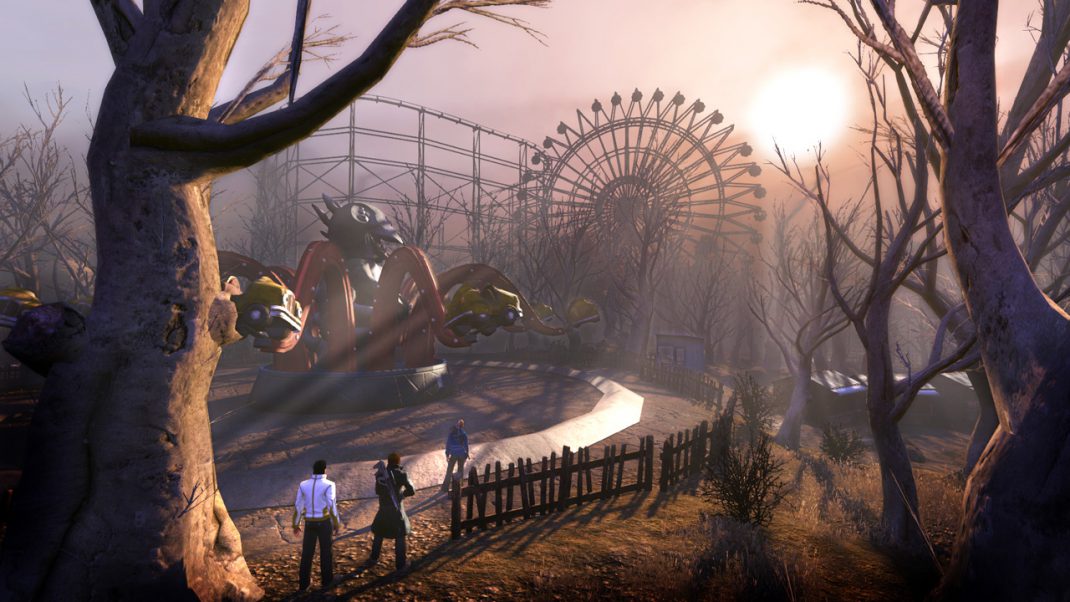 OSLO, Norway – September 20th, 2017 – Last month Funcom introduced the first part of the massive Tokyo storyline to Secret World Legends, introducing a wealth of new content, a new area to explore, new enemies to battle, and more story to unravel. Today, Funcom has launched Tokyo: Beyond the Wall, moving the story into an even more bizarre and frightening direction. In Secret World Legends, the city of Tokyo has been utterly devastated and large parts of it are under quarantine. In Tokyo: Beyond the Wall players must go even deeper into the apocalyptic city in search of answers.

In this second Tokyo update, players will be able to explore vast new areas of the city. From the Kaidan Docks where something strange now creeps out from a derelict freighter, to the neon-bathed “Dream Hotel” in downtown Tokyo which holds unimaginable secrets. Tokyo: Beyond the Wall takes everything that makes Secret World Legends unique in its genre and turns it to 11.

“The infested sectors beyond the wall feature hours of additional content,” says Game Director Romain Amiel. “That includes new characters and locations, as well as a captivating storyline that dives deeper into the rabbit-hole and never looks back. This second Tokyo update truly shows that Secret World Legends is the online game to play if you are looking for a deep, dark, and modern storyline that you can enjoy together with friends.”

Secret World Legends revamps the core gameplay experience to be more accessible to both newcomers and long-time fans, introducing stronger progression structures, streamlined quest flow, and improved visuals and UI. Combat is more dynamic than ever, redesigned from traditional MMO-style tab targeting to a more modern action-driven reticle based system, and each of the game’s nine weapon types have been reengineered with new mechanics to offer a unique feel in battle.

For more information on Secret World Legends, including a detailed breakdown of the game’s features, visit www.SecretWorldLegends.com. In August, Funcom announced that a TV-series is to be produced by Johnny Depp’s Infinitum Nihil that is based on Funcom’s The Secret World IP.