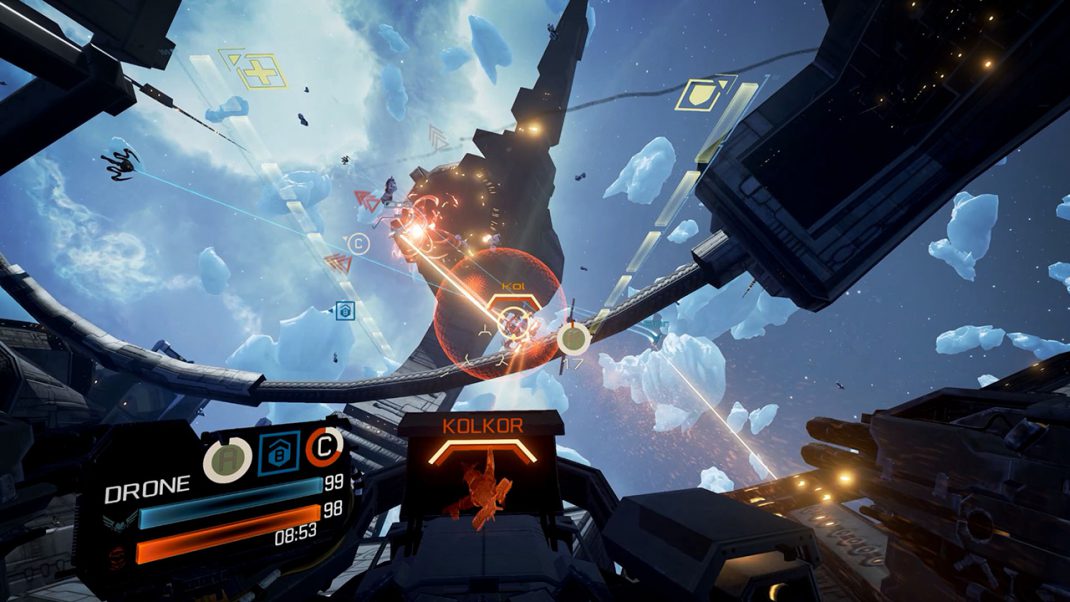 15 August 2017 – London, UK – Today, CCP Games announced that on September 26, 2017, the fan-favorite virtual reality game, EVE: Valkyrie, will become EVE: Valkyrie – Warzone , representing a major expansion for the renowned multiplayer first-person spaceship shooter. Bursting out of VR and onto TVs and monitors, EVE: Valkyrie – Warzone enables PC and PlayStation®4 gamers to fly and fight alongside each other, both in and out of VR, in fully balanced online space combat.

“If you can play first-person shooters, you can pilot one of EVE: Valkyrie – Warzone’s amazing ships,” said Andrew Willans, Lead Game Designer at CCP’s Newcastle Studio. “Not having access to VR hardware will no longer hold gamers back from diving weapons-first into intense and highly competitive space combat with friends. We look forward to seeing the already intense competition between Valkyrie pilots going up a notch, as more players from around the world can join existing pilots for space-dogfighting battles.”

“Releasing EVE: Valkyrie for high-end VR headsets embodied the culmination of a decades-long dream for CCP,” said Hilmar Veigar Pétursson, CEO of CCP Games. “We’ve had great success in establishing the title as one of the most popular multiplayer games in virtual reality and grown it over the last two years with genre-leading post-launch support, which has resulted in a thriving community. Now we’re starting the next step in EVE: Valkyrie’s journey by bringing this great game to an even wider audience – those who haven’t made the leap into VR yet – all while we continue to experiment with additional unannounced VR projects in development.”

EVE: Valkyrie – Warzone introduces a next-generation fleet of iconic ships – including the new Covert class ship, “Shadow” – each one with their own distinctive role to play in battle. With new weapons – including powerful Ultra abilities – and a fully redesigned progression system for each ship, players will have more control over how they evolve their arsenal to suit their playstyle.

New to EVE: Valkyrie – Warzone will be the ‘Extraction’ game mode that puts capture-the-flag in outer space for an exhilarating gameplay experience. The Warzone expansion also features two new maps, “Fleet” and “Outpost,” as well as new Wormholes that introduce a fresh challenge each week. Players will also be able to fight for Spoils of War to earn Loot Capsules, enabling them to unlock a hangar-full of personalization options for their ships and pilot.