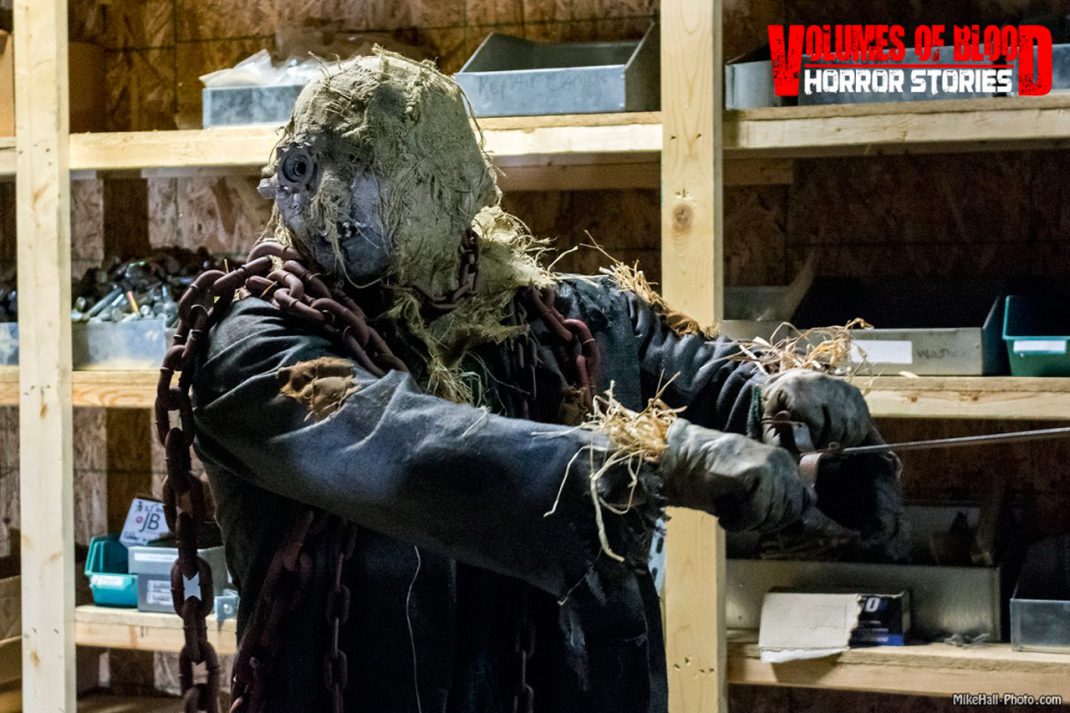 It’s nearing that time of year again, and if you say “Christmas”, I have a whole lot of creatures of the night I can have crawl out from under your bed to have a *ahem* talk with you.  No, we have started talking about haunted attractions which start in the latter part of September, horror conferences, costume designing, and lots and lots of horror movies. Recently we here at GamingShogun got a screener code to check out a movie called Volumes of Blood which having just the day before having suffered an injury I was more than happy to watch a couple of times into the wee hours of the night.  While my wife set it up she noticed that there was a movie title with the same name streaming free on one of the streaming services.  Since that was easier we snuggled up and watched the blood flow.  It had a wrap around story that were friends chatting in a library trying to create urban legends that were all centered around a library after hours.  It was fun and campy, it looked a lot like a group of college kid’s class project or initial offering into the genre with some very unique takes on trying to create a sustainable urban legend.   The movie had some good twists, some odd ones and both good and purposely bad effects.  Overall a great way to maintain date night despite being bed laden.

So Mrs. Ripper drifted gently off to snoring-like-a-chainsaw land and I went about preparing to watch the movie again.  To make sure I didn’t wake her up I turned off the TV, plugged some headphones into my iPhone 6+ which has a decent enough screen for movie watching and followed the screener link this time instead and started watching… a completely different movie with the same name.  Wait but it wasn’t completely different because it had some of the same cast!  And one of the same masks from the first movie we watched.  What the french toast?  Turned out it was the same group of folks just using a different subheader.  The first was Volumes of Blood: Some Libraries Make A Killing! and this one was Volumes of Blood: Horror Stories!  So now the only one awake in the house and all the lights still turned off I watched the film I was meant to review. 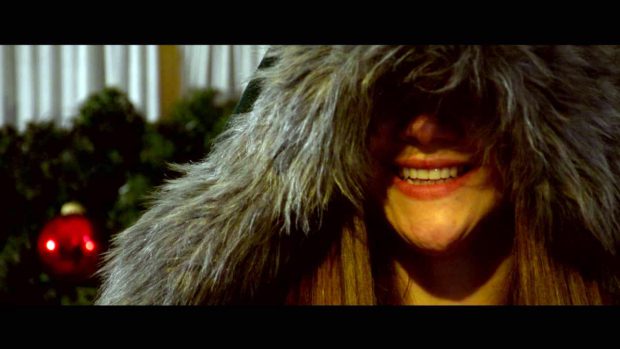 The first thing to note is that the first movie is briefly referenced in the timeline of the second movie so it really is good to see as a double feature to get the full effect.  The second movie allows itself to mostly stay as kinda like dark impressions on one house but doesn’t limit itself to one night, one group or even really one theme.  The only real limitations it gives itself is horror stories which is almost redundant when you consider the film is called Volumes of Blood, but they did need to separate the films some way (I probably would have gone with Part 1, etc. though it is a little less interesting of a title it would help the viewer catch them in order).

With all that behind us this second in the Volumes of Blood series was a great deal of an improvement over the first.  There were some scenes in the first which pulled me out of the picture due to how it was shot or acted.  This one did far better at maintaining my suspension of disbelief and had me wondering what was coming next.  The acting was a bit better as well, with only a few lines or jokes failing in a cringe worthy fashion.  Thankfully, most of those cringes landed on an acceptable point, like a character’s death scene where more than once I said to myself “oh that’s brutal!”  There was a some over the top acting, but it didn’t get too hammy. If you have any issues with this film, they will probably be the same issues you had with the first film. Sometimes it is hard, especially with a mirco-budget, not to be distracted by video quality and product placement to help pay for it.

I highly suggest you watch the first movie and then the second, it isn’t absolutely necessary but some scenes will make more sense and the way the second one is edited it weaves the first in a bit.  Plus with the quality being similar and some re-occurring cast members you might as well sit back in the dark with some popcorn and watch the campy double feature Volumes of Blood provide.

Volume of Blood: Horror Stories was directed by: