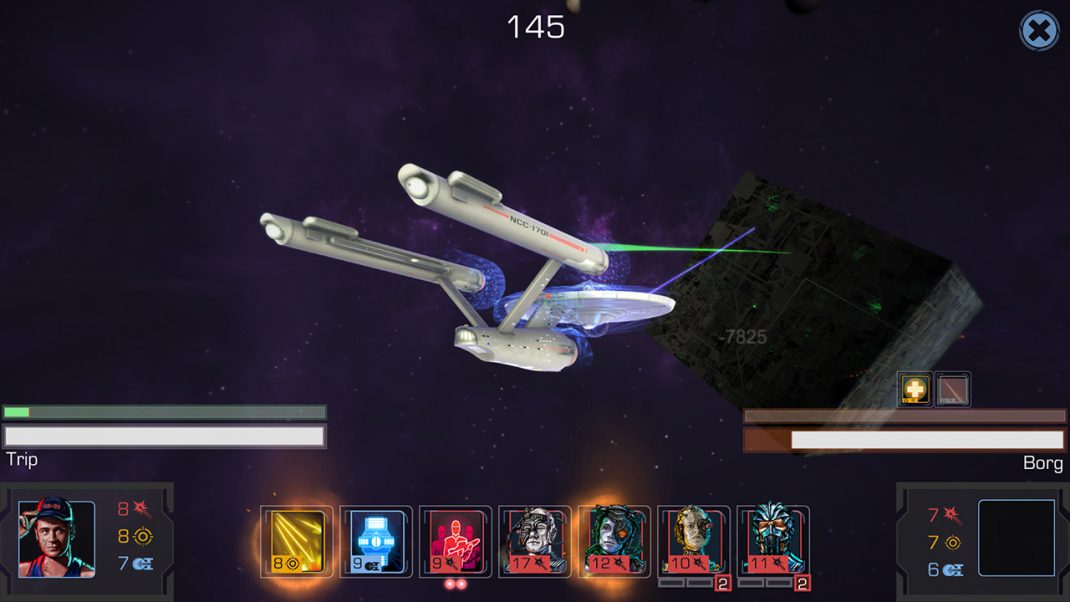 FRAMINGHAM, MA – July 25, 2017 –  Disruptor Beam, a company focused on turning the world’s greatest entertainment brands into successful games loved by highly connected customers announced today that their highly-popular strategy mobile role-playing game Star Trek Timelines is now available on Windows PC via Steam as a free download. PC gamers can now join the millions of fans who have already played the game on the App Store, Google Play and Facebook to immerse themselves in the Star Trek universe and its myriad events, including the recently announced Klingon-themed mega-event –A Good Day to Lie.

Originally launched in January 2016 on mobile devices, Star Trek Timelines begins when a temporal anomaly closes the gap between space and time, allowing for players to assemble a crew of characters from every era of Star Trek. Players must join Starfleet and overcome the challenges from this dimensional disaster by managing their custom team of classic Star Trek characters, engage in stunning 3D ship battles and galactic exploration in order to boldly go where no game has gone before – explore the entire history of Star Trek in one comprehensive sci-fi strategy RPG.

Star Trek Timelines on Steam achieves persistent cross-platform gameplay between any version of the game players already have. Whether it be a mobile phone or a personal computer, players can command the series’ most iconic ships into battle from wherever they please. Disruptor Beam will continue its frequent additions of new characters, starships, features and weekly events with simultaneous updates to all versions of the game.

For more information about the Steam version of Star Trek Timelines, visit http://store.steampowered.com/app/600750/.