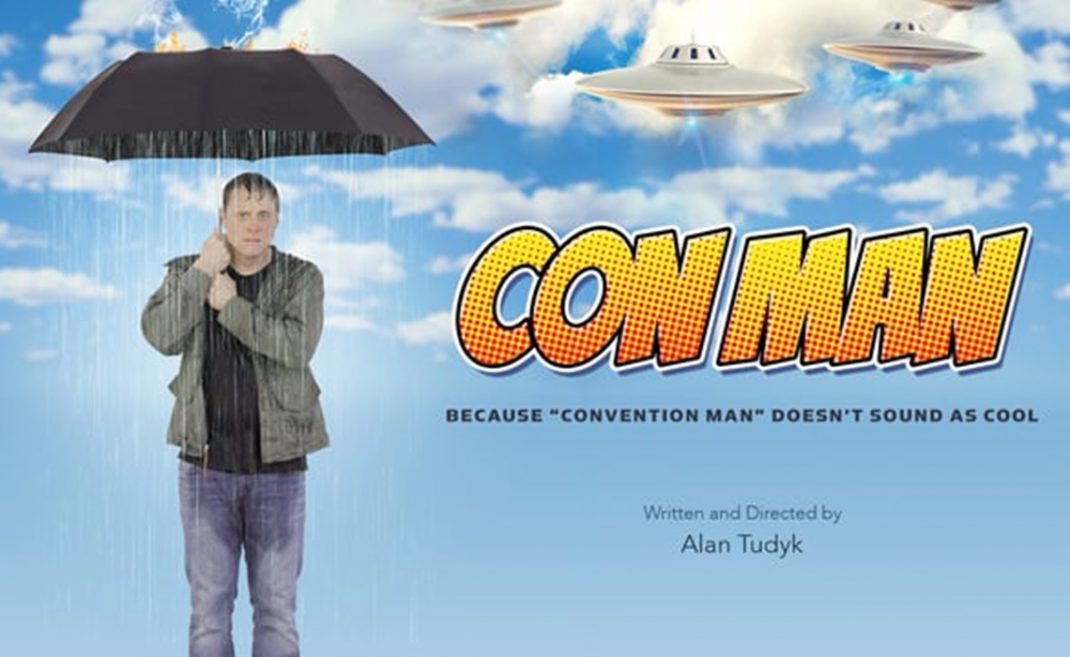 CON MAN to Air on SYFY

SAN DIEGO, CA – July 21, 2017 – SYFY today announced the acquisition of Seasons 1 and 2 of buzzy web series CON MAN from Redbear Films. The news was shared with excited fans during SYFY’s CON MAN: Cons and Fandom Culture panel at San Diego Comic-Con by creator, star and moderator Alan Tudyk. The short form web series, which debuted on Vimeo and Comic-Con HQ, will premiere on SYFY in September. The critically-acclaimed, geektastic series, which recently received two Emmy nominations in the short form comedy or drama category, follows the journey of Wray Nerely (Tudyk), a washed-up, former sci-fi celebrity who revisits his glory days on the convention circuit.

Joining Tudyk on the panel for a conversation about what makes cons — and the fans who love them —so damn great were CON MAN’s memorable guest stars Tricia Helfer, Amy Acker, Nolan North, Casper Van Dien and Executive Producer PJ Haarsma. In addition to sharing trade secrets on how to make a successful web series, the panelists delighted the audience by performing the iconic hoedown musical number from the second season with all the bells and whistles – props, dancers, and even a cardboard cutout of Nathan Fillion!